An army of Zoomlion staff and various interest groups were deployed into the community and supported by an assortment of equipments to clean up the garbage choked parts of the municipality and desilt drains, especially along the Nima storm drain.

The 1.2 km storm drain constructed as part of an urban expansion project by Queiroz Galvao, a Brazilian construction firm, has left trenches along the drain which residents have filled with garbage and liquid waste predisposing them to communicable diseases among other health threats.

WASH Africa, the initiators of the sanitation project under the theme “One Community at A Time” in partnership with Zoomlion Ghana Limited Mobilized Assembly Members, youth groups, traditional leaders among others to engage in the cleaning and public sensitization program.

The President of WASH Africa, Ambassador Ashim Morton who led the team to undertake the exercise in an interview explained that the project is designed to be a sustained initiative geared towards achieving improved sanitation in Nima and satellite communities.

He mentioned that the team has provided waste bins along the drain for residents to dump waste into them and depart from the practice of using the shoulders of the drains as hosting grounds for their refuse.

A key feature of this project is that selected youth from the community have been engaged as enforcers to compel residents to resort to dumping of litter into the waste bins.

The Minister of Sanitation and Water Resources, Hon. Cecilia Abena Dapaah who inspected the exercise bemoaned the rate at which residents dispose refuse indiscriminately into drains and called for strict enforcement of the sanitation laws by the Municipal Assemblies.

Accompanied by the Municipal Chief Executive of Ayawaso East and North, The Minister of Sanitation called on the Chairman of the Ayawaso Council of Chiefs, Chief Moro Baba Issa to solicit his support to engage the community members on the need to keep their surroundings clean.

The Minister of Works and Housing, Hon. Atta Akyea who also inspected the work charged all stakeholders to support the initiative.

The Accra Zonal Manager of Zoomlion, Mr. Ernest Morgan Acquah who also toured the site with his team of experts explained that the company provided the needed logistics such as excavators, pay loaders, wheel barrows, waste compaction trucks, personnel among others to clean and sustain the sanitation program.

He said as the power house of waste management in the country, the company will continue to involve all stakeholders to ensure that nima and its surroundings are kept clean at all times.

Zoomlion’s waste compaction vehicles were seen visiting homes collecting waste as some of the assembly members were busily educating residents on the need to keep their surroundings clean. 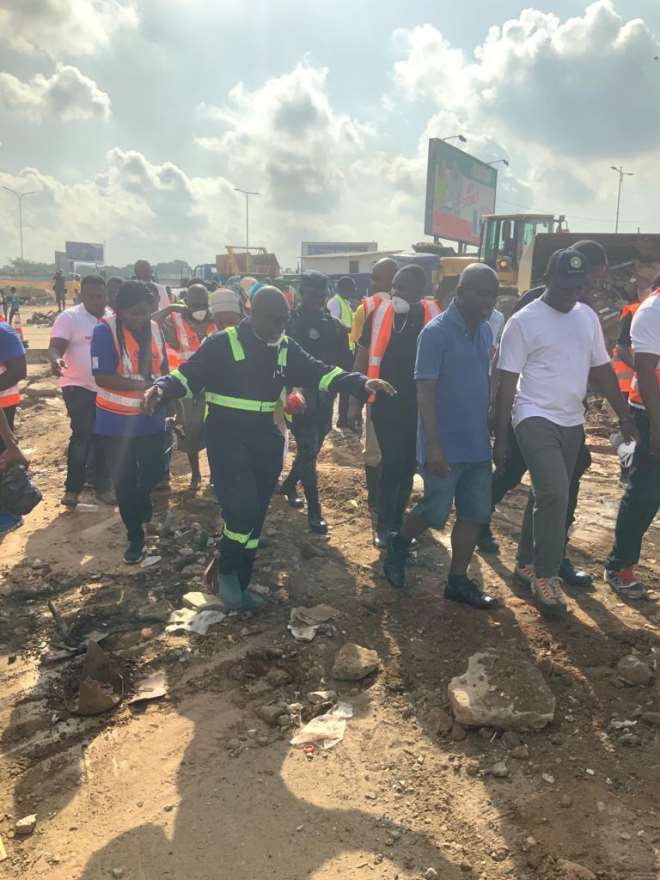 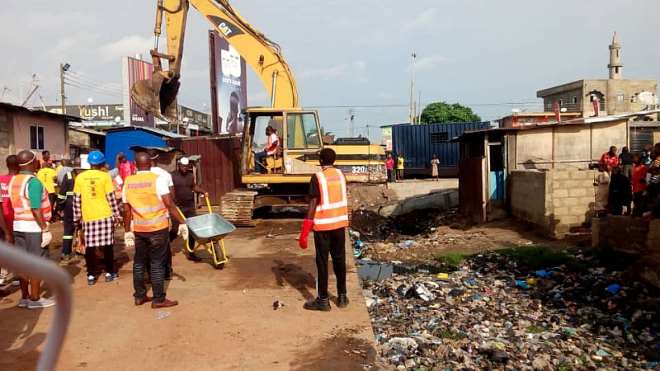 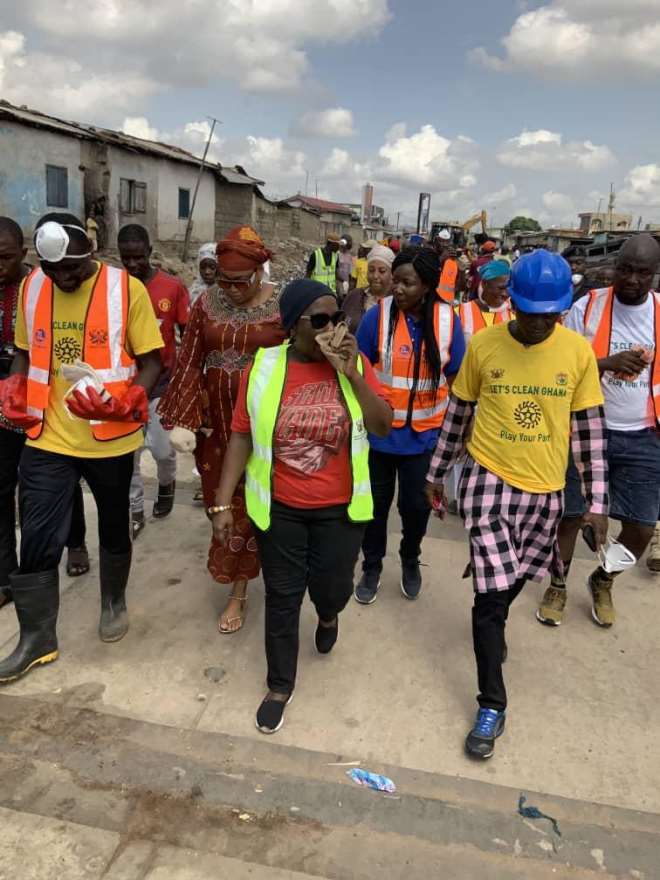 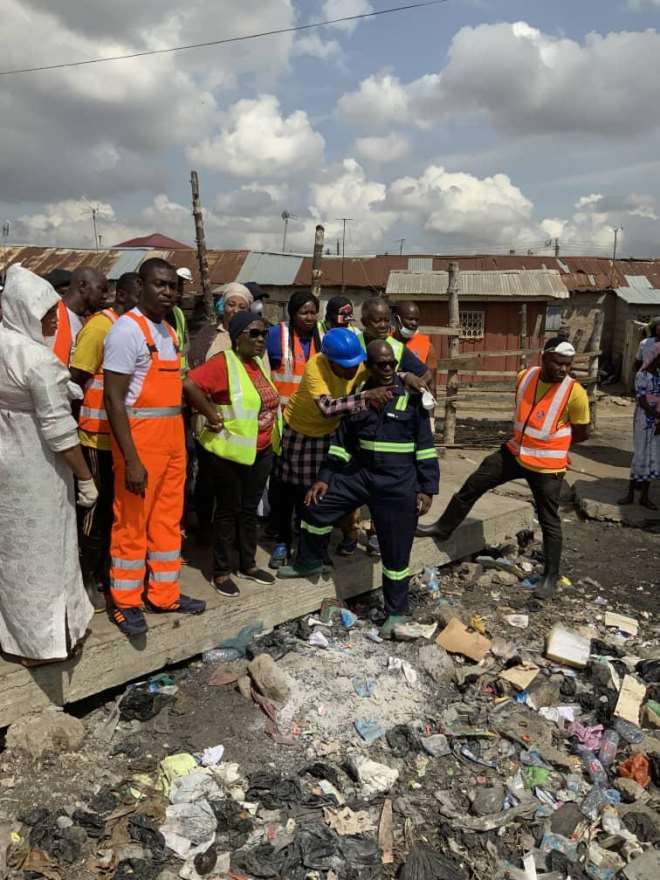 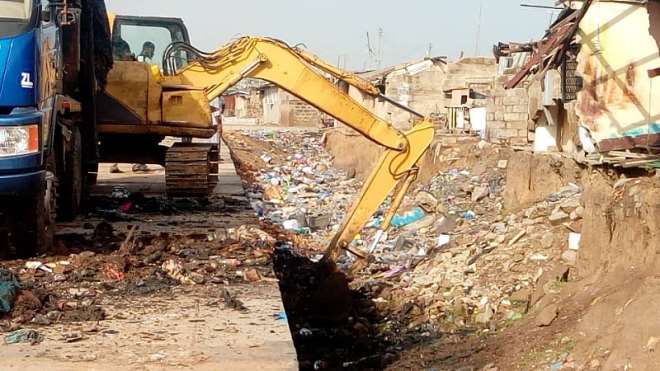