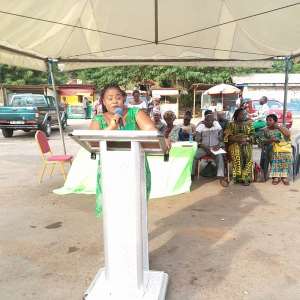 The DCE,Deputy Minister,the founder of Zizikarl and the other dignitaries took turns to speak and it mainly centred on equity and fairness,and how women should innovate themselves.

The dignitaries spoke about how women are exelling in terms of education and the DCE referred to recent 62nd independence day celebration,where four girls received awards out of five awards that were given out and the pass mark for exams result increased from 67.9% to 73.1% and regional position for exam results from 17th o 10th position.

The programme was successful and the founder of Zizikarl thanked the dignitaries for taking time off their busy schedules to grace the occasion.