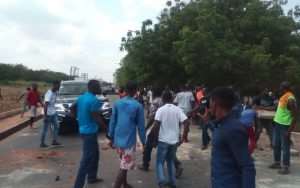 This is not the first time they’re embarking on such protests across the country.

They are also asking for the removal of the Chief Executive Officer of the Commission, Kwadwo Afriyie, popularly known as Sir John. They have accused him of incompetence after several unfulfilled promises to ensure they’re paid.

One of the beneficiaries told Citi News that, “We’ve not been paid for about 7 months up to now, and Sir John is going round telling radio and TV stations that we’ve been paid. We want him to go.”

Another beneficiary, who was visibly agitated over the matter said, “We are very frustrated. How can you work with people since July and you’ve not paid us. Anytime we come here, they don’t give us the listening ear.”

“Some even started as far as April and they have not even received 1 cedi,” another beneficiary said.

Other beneficiaries said they believe the Commission’s head is deliberately ignoring their concerns, and yet goes around boasting about employing many of them.

Since September 2018, the beneficiaries have been staging various protests over their unpaid allowance which they said let has left them in a dire financial situation. 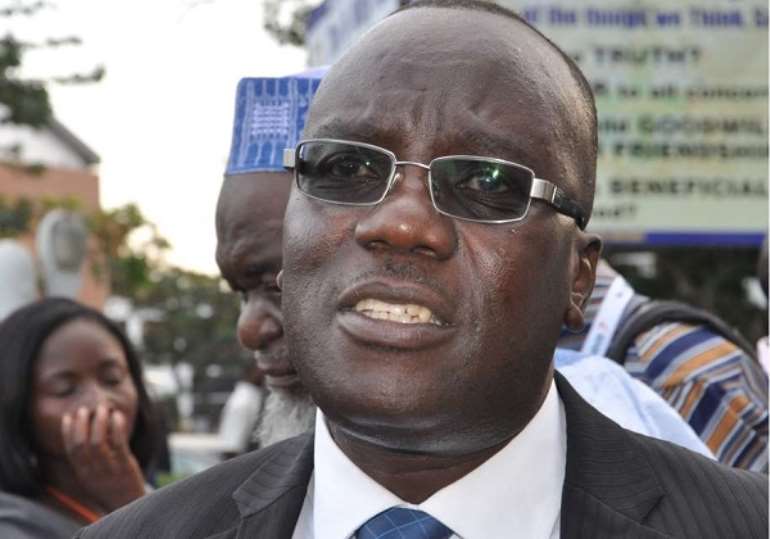 In October 2018, the Chief Executive Officer of the Forestry Commission, Kwadwo Owusu Afriyie gave assurances that the beneficiaries will be paid in the following week.

“By a week today, allowance for July would have hit your account. You will not be paid if you do not have an account. All payments are through E-Zwich, especially those of you whose records are clear”, he said.

But the workers said they wanted full payment of their arrears.

“No, we are not happy because they have been giving us promises. The promises have been coming, but we have not seen the actual payments in our E-Zwhich. This is an assurance, and we don’t know if it will come or not,” one of them said.

According to him, the Chief of Staff, Madam Frema Opare, has instructed the Ministry of Finance to give financial clearance for the payment.

“I admit that they have worked so hard and efficiently and I also admit that the work was tough and so the impressive work they have done and how the trees have grown beautifully, they deserve their allowances,” he sided with the youth.

“Due to this, the Chief of Staff went to the Ministry of Finance last night to urge the Ministry to pay the 4 months arrears, and surely we will receive that money for the youth. They have asked my Finance Director to go to Controller for the money and so due to process at Controller, I have given myself up to one or two weeks to pay the youth their allowances,” he assured.

“ . . I feel restless and so they should understand that I stand with them in their challenges. I allowed them to be employed and so I will ensure that their monies are paid to them,” he reassured.

Speaking at the launch of the Youth in Afforestation Programme on Monday, 13th August, 2018, at the Jubilee Park, Kumasi, President Akufo-Addo stated that the launch of the programme is in line with the NPP’s 2016 manifesto commitment of reforestation, forest rehabilitation and forest protection activities.