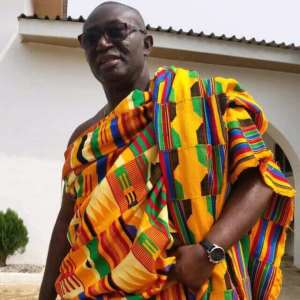 Deputy Minister for Railways Development, Hon. Andy Appiah Kubi simply can’t come to terms why ex-president and current flag bearer of the National Democratic Congress, John Dramani Mahama, after all the torturous moments he subjected Ghanaians to, during his reign as President, is still keen on ascending to the highest office of the land.

In a radio interview monitored by ModernGhana over the weekend, the Asante Akim North legislator wondered why the ex-president could be this inhumane by staging a comeback to inflict more misery and pains to Ghanaians.

“So after all the damage you caused to our economy and the glaring rejection Ghanaians showed you during the 2016 general elections, you still haven’t taken a clue from it?”.

“What at all does Mahama want from Ghanaians?”, the revered lawyer quizzed.

” In fact, he[Mahama] should remember that the unprecedented corruption and incompetence he superintended over during his reign as President is still fresh in the minds of Ghanaians”.

Mr Mahama is staging a comeback to recapture the presidential seat he lost to Nana Akufo-Addo in the 2016 general elections and is all over the place commenting on the slightest incidence that happens in the country.

The honorable MP was reacting to Mahama’s assertion that Ghanaians are angered by the leadership style of his successor, Akufo-Addo, a situation he[Mahama] explains has visited an unprecedented hardship on the citizenry.

The former president was encouraging Ghanaians to turn up in their numbers at the party’s demonstration dubbed ‘kum yen preko’ in order to vent out their frustrations on the government.

The ‘kum yen preko’ demonstration, staged on Tuesday was a march to protest against the incumbent government over ‘hardship and oppression’ being meted on Ghanaians under the Akufo-Addo led NPP government.