A young girl (name withheld), believed to be 10-12 years at Koforidua-Pipeline in the Eastern region, is calling for adoption from her biological mother as a result of consistent physical assault on her.

Speaking to Bryt FM reporters, the young girl revealed, her mother, identified as Patience, use to beat her up mercilessly anytime she does something wrong, with the latest being as a result of defecating into a black polythene bag without disposing of it.

The victim, who could not hide her grief at her admission at the SDA hospital after suffering phone charger injuries on her body, indicated her mother always insults her father who is currently staying at Nsawam of failing to provide money for their upkeep anytime she assaults her.

She is, however, appealing to well-meaning individuals to abduct her so that she can have the peace of mind to concentrate on her education as the rampant assault from her mother is weakening her soul.

Meanwhile, the mother of the victim, Patience, in an interview with the reporter admitted to assaulting her daughter, but insisted, her actions are as a result of the bad attitude of her child, despite several corrections earlier made.

She revealed, she broke up with the father of the victim and one other about ten years ago and resettled here with another man whom they have been blessed with another two children, making them four.

Patience added the victim, was staying at Nsawam but brought her to Koforidua to stay with her stepfather and the rest of her siblings due to the poor living conditions she was enduring.

When asked if her action could be a result of her ex-husband’s attitude, Patience’s physical expression showed that can be a great factor in her actions against the children.

Pictures taken by the reporter identified bruises at the back and neck of the victim as a result of the inhumane nature of the assault.

Doctors’ reports intercepted by Bryt FM news also confirmed the victim had bruises on her body as a result of physical assault.

Meanwhile, the matter is yet to be reported to the police. 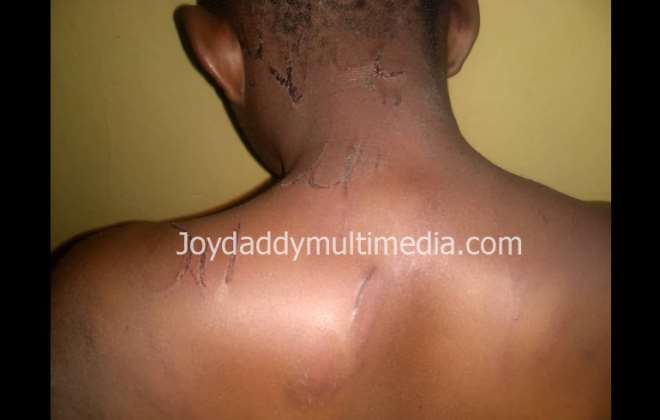 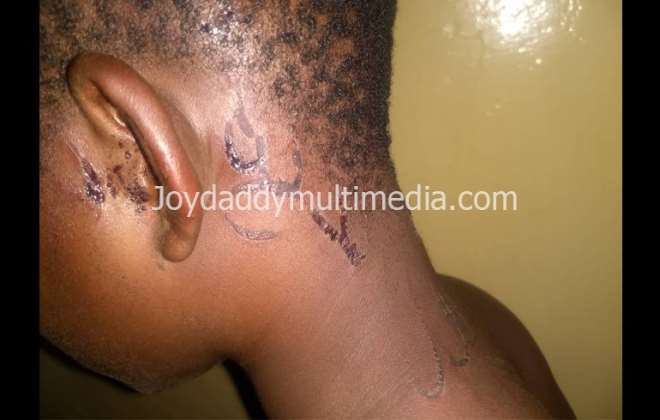