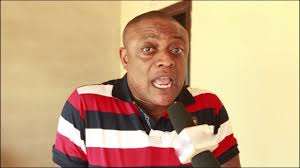 A private legal practitioner, Lawyer Maurice Ampaw has stated emphatically that academic qualification alone cannot qualify one to be called to the Bar.

Speaking in a phone interview this morning on Neat FM’s programme, ‘Ghana Mo Tie’, he said, “You don’t need academic qualification to become a lawyer. You can pass all your legal programmes but we have what we call Moral Integrity Test conducted by the General Legal Council (GLC) to which you have to pass accordingly before you can be called to the Bar.”

He indicated that when it comes to the Moral Integrity Test, ‘we have some institutions and individuals such as the Bureau of National Investigations (BNI) mandated to conduct investigations on prospective individual lawyers to ascertain their criminal records, violent records, integrity which will determine whether they can qualify to be called to the Bar.”

Lawyer Maurice Ampaw continued, “If I were the Chairman of the GLC, I wouldn’t allow any of the students who staged a demonstration recently to be called to the Bar. I would disqualify them because of their bad conduct in the highest level. Your right to demonstrate should not lead to your right to insult.”

According to him, they should show him where in the constitution where when you fail exams you do demonstration.

On 7th October, 2019, some individuals protested against the mass failures in the recent Law School Examination and demanded reforms in the “archaic” legal education system in Ghana but were met with excessive use of force by personnel of the Ghana Police Service.

The Ghana School of Law recently recorded mass examination failure in their entrance exams. Out of the 1,820 prospective students, only 128 were reported to have passed the entrance examination.