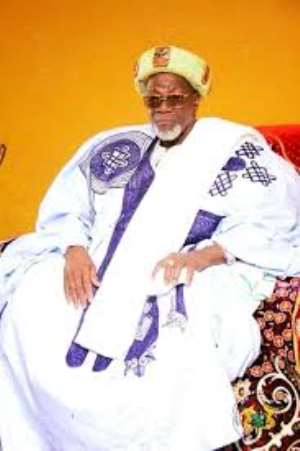 The new Ya-Na Abukari Mahama II has commended the Seventh Day-Adventist (S.D.A) Church for their development projects in education and health in Dagbon and Northern Region as a whole.

The Ya-Na, who made the commendation when a delegation of the church called on him at the Gbewaa Palace at Yendi said their contribution to the socio-economic development of the area was phenomenal.

He expressed excitement at their courtesy call on him and hoped they would continue to visit him as they did when he was the chief of Savelugu.

Pastor Godfred Kwesi Ataburo, President of North Ghana Mission of S.D.A church said the church had been grateful to Dagbon since its establishment in the 1960s.

He expressed the hope that he would bring lasting peace to the area as the Overlord and prayed for wisdom that would enable him to find solutions to the challenges of the area.

He announced that the church had a number of Basic Schools in Tamale and suburbs, Yendi Municipality, Saboba Yankazia in Saboba District, Buipei Central Gonja District, Kpandai District and a Regional Hospital in the Tamale and Value View University (VVU).

He said Ya-Na offered the church a land in Savelegu and they would soon put up a school and hospital there.

Pastor Ataburo said, if Dagbon was peaceful, the church would continue with its development programmes and put up more churches to spread the Gospel of God.

He said in the Bible, it was stated that they should always pray for people in authority, which the church did not fail in doing.

The church presented a ram and GHC 200.00 to the Overlord, while he also donated large quantity of tubers of yam and a guinea fowl to the church.