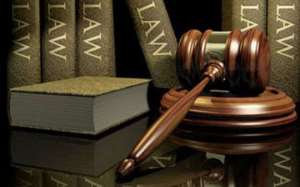 A 68 year old, Unemployed woman, Patricia Ali was on Thursday appeared before an Accra Circuit Court for supplying substances suspected to be Indian hemp without lawful authority to some members of the public.

Patricia pleaded not guilty to the charge, whiles her counsel Mr Yaw Danquah prayed for bail for his client.

He said the accused was not in good shape and needs medical attention.

He said she was the caretaker of her grandchildren and if remanded the children would have no one to take care of them, when their parents go to work. He said there were people who were ready to stand surety for her.

The court presided over by Mr Aboagye Tandoh, granted Patricia bail in the sum of GH¢ 50,000.00 with three sureties to reappear on May 21st.

The facts of the case, as presented by Superintendent of Police, Patience Mario was that, the complainant is Major James Afoko, leader of Amasaman Divisional Patrol Team, while the accused person is unemployed and resides at Peace Village near Amasaman.

She said on April 30, the team went on their usual patrols and later had information about the narcotics drug activities of Patricia.

The prosecution said the team entered Patricia’s house where she sells drinks and a search conducted in the house revealed 69 wraps of dried leaves suspected to be Indian hemp.

Superintendent Mario, said, when questioned, the accused person stated that the substance was brought to her for sale by a man she could identify upon sight.

She told the court that efforts were being made to trace the accomplice.