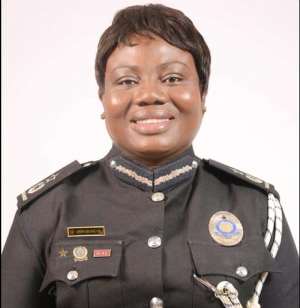 The Western Regional Communications Secretariat of the National Democratic Congress (NDC) has questioned the rationale behind the government’s inability to relieve COP Tiwaa Addo Danquah of the position as Director-general of the Criminal Investigations Department (CID) despite calls from high-profile individuals and groups.

In a press release forwarded to Modernghana Western Regional Correspondent, Lord Kweku Sekyi, the leadership of the party in the region questioned President Nana Akufo-Addo’s refusal to sack the CID boss over her recent conflicting statements in relation to the three missing girls, describing it an affront to the sentiments of the families of the victims.

On August 17th, 2018 the people of Sekondi Takoradi woke up to the horrifying news of the kidnapping of Priscilla Blessing Boateng, who is a third year student of the University of Education.

The whole Sekondi Takoradi community was thrown into a state of fear and panic, as the crime of kidnapping was very strange and alien to our security culture.

The Citizens did everything in thier power to find the perpetrators, unfortunately to no avail. In spite of repeated but ultimately untrustworthy assurances by the Ghana Police, there has been no trace of Priscilla for almost ten months.

On 4th December, 2018, another young lady Ruth Love Quayson aged 18, and a student of Fijai High School was similarly kidnapped. Again, she has also not been traced till date.

The third victim to be kidnapped was Priscilla Mantebea Koranchie, aged 15 and a first year student of Sekondi College.

Due to these kidnappings, Ghana has lost three of her future leaders. Regrettably, the plight of the victims and their families has not attracted the much needed attention and concern of the President who is also the Chairman of the National Security Council and the Commander in Chief of the Ghana Armed Forces.

Inasmuch as this type of crime is strange and alien to our normal lives, it is happening at the time in Ghana’s security history, where the President has appointed the largest number of ministers and other security operatives charged with human, societal and national security.

Every citizen of Ghana and especially of Sekondi Takoradi was rightfully overjoyed, when no less an officer of the State than the Director General of the Criminal Investigations Department of the Ghana Police Service, on her own volition, organised a Press Conference and informed the world that, the CID had located the kidnapped girls and would soon be reuniting them with their parents.

Lamentably this announcement has turned out to be an official hoax, a falsehood and unbelievable deception against the sensibilities of the people of Ghana.

The most ironic part of this fraudulence is that the Commissioner of CID is a woman, who appears not to have displayed any motherly care towards the missing young ladies. Unfortunately, she is rather mindless of the plight and emotions of millions of mothers, especially those of the poor mothers of the Kidnapped Girls.

A further farcical development is the ritual twist given by the so-called Prophet Owusu Bempah, who publicly claims to know the whereabouts of the young ladies, but will disclose their location only when expressly instructed by the President of the Republic.

The question is why have the Police not arrested Prophet Owusu Bempah to question him about his claims?

As law abiding citizens we of the NDC are deeply worried and concerned about the insecurity within the metropolis and especially so, where it appears very conspicuously that the Police and the entire government have no clues or solutions for the rising wave of crimes within the metropolis.

We deem the unprofessional conduct and sloppiness of the Ghana Police Service as clear signs of institutional incompetence and human insensitivity.

What must be worrying to most Ghanaians is the massive apathy exhibited by the President of Ghana to this whole business.

What one would have reasonably expected was to see the President visit the families of the victims, or even invite them to express his concern as he hurriedly did by inviting coach Kwesi Appiah and subsequently reaching out to Asamoah Gyan over the mere Captainship of the Ghana Black Stars.

Why is it that, the President has since not caused the arrest of Owusu Bempah if his claims were false, but swiftly acted in the case of claims by Kwesi Nyantakyi?

Why is the President still keeping the Commissioner of CID at post after that insulting public deceit and falsehood, amounting to fraudulent disclosures?

We of the Western Region NDC call on all right thinking Ghanaians especially our Chiefs and opinion leaders to add their voices for the government to find the Kidnapped Girls of our land.