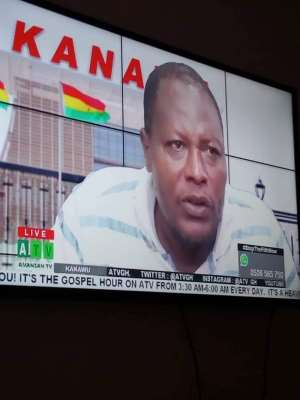 Mr John Afful, a member of the Communication team of the Greater Accra Regional Chapter of the National Democratic Congress (NDC) has vowed to mobilise Ghanaians, especially members of his party to resist rigging and defend their votes in next year general election.

This, according to the main opposition party activist meant to counter alleged utterance and seemingly plots by the Chairperson of the Electoral Commission (EC) Jean Mensa and her Deputy, Bossman Asare to rig the 2020 elections in favour of the New Patriotic Party (NPP).

In an interview with Modernghana via phone, Mr Afful said the EC Boss and her Deputy, Asare Bossman pronouncements against the NDC indicated that they have been uncomfortable with the glamour calls by Ghanaians across the board, to vote for his party candidate, John Mahama, as the next President of the country.

“I want to state that,Jean Mensah dare rig any election in this country. She should be careful, we (NDC) has resolved therefore to unbridle, in full measure, all defence machinery legitimately available to us, including our numerical strength, in marching with millions of Ghanaians to defend our votes, with the stiffest resistance, ever, against any infraction by the NPP and Nana Akufo Addo Presidency,”he stated.

With the clear picture that Ghanaians are prepared to reject President Akufo at the 2020 polls for failing to fulfil his campaign promises, he added that the NPP are already planning to collude and connive with the EC to manipulate the system to rig the elections.

“Ghanaians must be put on notice that the intention of the NPP government is to manipulate the 2020 polls the way it was done in 2016. If not so, why the EC Boss is bent on conducting the limited voter registration at only district capitals, they know with that many people will not be able to travel that far to register,” Mr Afful stated.

Mr Afful posited that, the NPP government under President Akufo-Addo is engulfed with credible corruptions allegation that could not stand the test of any election message, hence the decision to rely on the EC to manipulate the process to favour them.

Accusing President Akufo Addo and the NPP of desperate moves to rig the polls, the NDC Communicator said the Electoral Commission under Jean Mensa, lacked the will to conduct credible, free and fair elections.

He recalled the issues that were reported in the media during the referenda to create new regions to back his allegation of incompetency against the EC Boss and her opened bias comments against the NDC at the least opportunity.

In this regard, the NDC Communicator charged all members and supporters, in their millions, to politically occupy and become extra vigilant by closely monitoring all electoral activities around their electoral polling areas.

The opposition party Communicator also alerted of plots to manipulate the voter register, with the view to substituting already biometric accredited Register with new Biometric verification Register and pave way for mass rigging and allocation of fictitious votes for President Akufo-Addo.

In the light of this, Mr Afful declares that the NDC would never allow the Akufo-Addo Presidency, the NPP as well as Jean Mensa to have their way against the will of Ghanaians.

Early this week, former President John Mahama who is the flag-bearer of the NDC, accused the EC of manipulating the system in order to rig the election in favour of the ruling NPP government.

He further doubted the neutrality of the EC Boss, following her recent altercation with the General Secretary of the NDC, Johnson Aseidu Nketiah, during Inter-Party Advisory Committee ( IPAC) meetings.

But EC Boss has debunked the former President’s assertion of neutrality and promised to conduct free and fair elections.

She also downplayed the altercation with Asiedu Nketiah, stating it was as implementer that does not deserve the prominency that it has went viral in public.