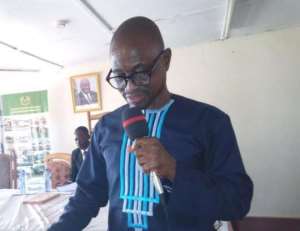 The Wa East District in Upper West Region has been chosen for the first phase of 50 districts that are to benefit from government’s flagship One District One Warehouse initiative for storage of agricultural produce.

Ten communities in the District have also been chosen for the first phase of the One Village One Dam programme aimed at boosting agricultural activities and raising income of farmers who are mostly engaged in peasant farming.

Mr Jotie Moses, Wa East District Chief Executive who revealed this in a speech read on his behalf during the Assembly’s First Ordinary Meeting, described the move as fortunate for the district chosen to commence the two programmes in the agricultural sector.

The contract to the district warehouse project has been awarded to Hodidi Real Estates and Construction Company Limited and they would soon be moving to site, Mr Moses said.

The warehouse when completed is estimated to have storage capacity of up to 1,000 metric tons of grains.

‘It will help to reduce post-harvest losses, enable our farmers to benefit fully from their labour by reducing the activities of the middle men, and also encourage our farmers to increase their yield,’ he said.

He added that the assembly was happy the Executive Committee also prioritised education sector of which funds had been released to the Ghana Education Service to organise a district wide mock examination for the 2018 BECE Candidates.

He said a contract had been awarded for the rehabilitation of some Unit of classroom blocks at Manwe.