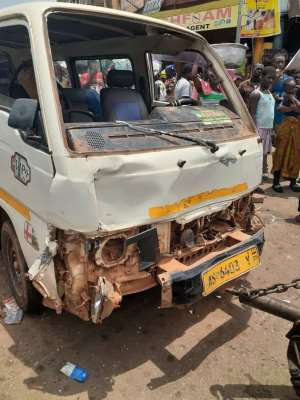 One person is feared dead and six others in critical condition after a vehicle rammed into some traders at Roman Hill in Kumasi in the Ashanti Region.

The incident happened at about 10:30 am on Monday when the driver of a mini Urvan bus with registration number AS 6403-Y lost steer control.

The Station Officer at the Manhyia Divisional Motor Traffic and Transport Department, Chief Inspector Bernard Ngoah who was at the scene of the incident confirmed the incident to Citi News.

The victims, mostly traders were plying their trade along portions of the streets when the incident happened.

They were rushed to the Komfo Anokye Teaching Hospital(KATH) for treatment. 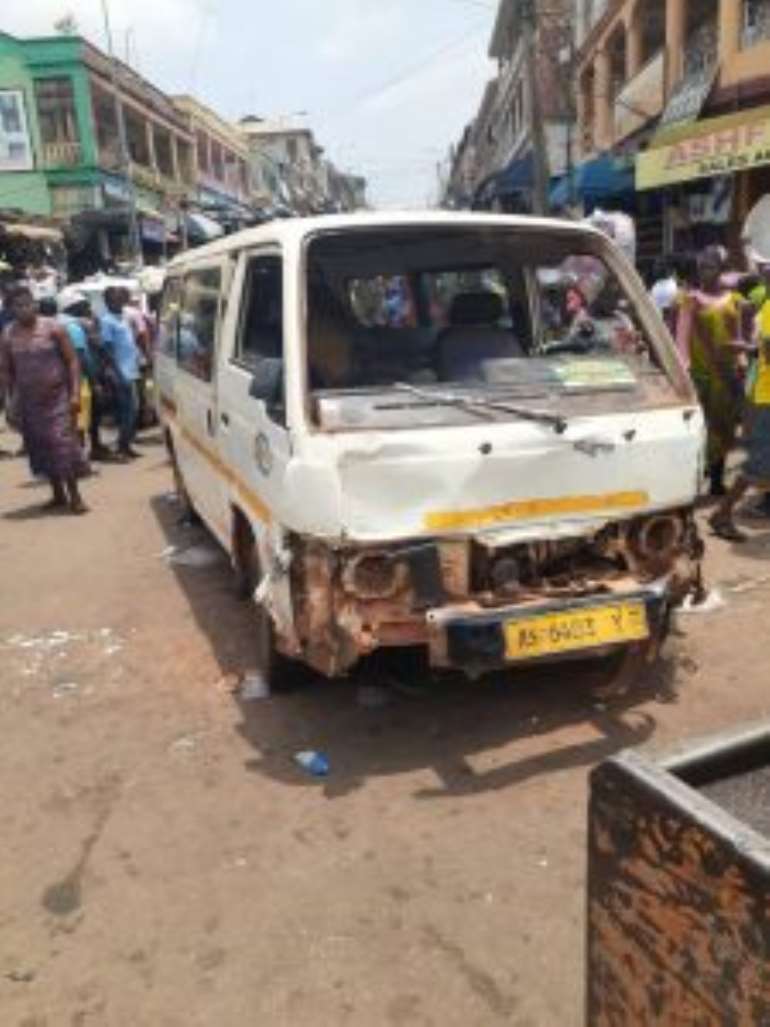 “We had a distress call from the police information room that there was an accident at Roman Hill, so I rushed there together with other investigators. When got there it was true the incident happened. We gathered that some people were pushing the vehicle when the driver lost control and ran into the traders who were trading along the streets. We initially realized that six persons sustained injuries, but the other victim who was trapped under the vehicle was later rescued and taken to the hospital”, he explained

The driver of the vehicle who also sustained injuries has been discharged from the hospital and now in police custody.

Police officers said they have begun investigations into the incident.

Police also indicated that the vehicle will be taken to the Drivers and Vehicle Licensing Authority (DVLA) for technical examination to ascertain claims made by the driver on the cause of the accident.