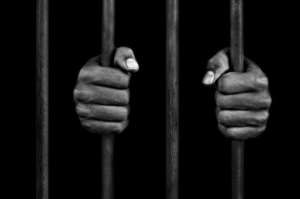 An Accra Circuit Court has remanded into custody a scrap dealer at Abossey Okai for allegedly stabbing a driver’s mate on his left rib after a scuffle.

Mamudu Maama, the victim who is said to have lost a lot of blood, collapsed following the attack.

The accused Osei Amankwah and his accomplice, Doreen Amu a hair stylist have been jointly charged with conspiracy to commit crime.

Amankwah has additionally been charged with causing harm.

The accused pleaded not guilty and they are expected to reappear on April 24 before the court presided over by Mrs Abena Oppong Adjin-Doku.

Prosecuting, Chief Inspector Martin Adu Acheampong told the court that the complainant and the accused resides at Abossey Okai, Accra.

Chief Inspector Acheampong said two months ago, Doreen’s uncle known as Terkwei and Amankwah, who are good friends confronted and threatened to kill the complainant’s worker known as Mohammed the complainant however intervened and separated them.

Prosecution said later Terkwei was arrested and granted police enquiry bail because the matter was under investigations.

The prosecution said a week later, the two accused came to Maama who was lying down in a storey building, when he saw the two he asked them to leave the place.

He said Doreen then threw some gravels at Maama. When Maama inqiured why she threw the gravels at him Amankwah came forward stabbed Maama on the left rib and bolted.

Prosecution said Maama sustained a deep cut and collapsed as result of the blood loss. The complainant regained consciousness at the Police hospital.