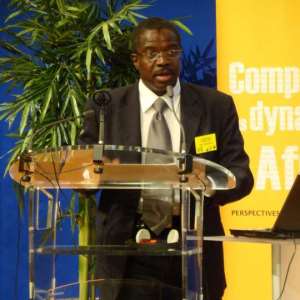 Abidjan, Cote D’Ivoire, May 06, GNA – Twenty-one African countries have been categorised as fragile out of the worldwide figure of 36, Mr Sibry Tapsoba, Director, and Transition Support Department of the African Development Bank (AfDB) has said.

He added that currently one-out-of-three persons live in fragility and estimates showed 50 percent of the global population would be inundated into that state by 2030, if situations remained same.

Speaking to the media in Abidjan, the headquarters of the Bank, Mr Tapsoba called for more inclusiveness and shared growth to mitigate the issues of migration and refugees scourge with governments and partners providing leadership.

He said AfDB had fashioned out a strategy to demystify and coin a more humane name and reference by referring to such groupings as, ‘Transition states or concept’ to assuage labelling as fragile countries in the face of the world.

This, the Bank believes would offer hope of recovery to such vulnerable and displaced people and lessen the tendency of stigmatisation and name-calling insisting that ‘It is wrong to refer to a patient by his or her illness.’

Mr Tapsoba indicated within the last 50 years, only Cote D’Ivoire, Ethiopia and Rwanda had rebounded from fragility into economic advancement noting that ‘Natural resources and political misunderstandings remained mostly the magnet of attraction and a pull factor that plunged these countries into fragility including Somalia for its oil, DRC, Zimbabwe Guinea and Central African Republic.’

According to the United Nations High Commission for Refugees (UNHCR), Mr Tapsoba said Africa hosted about 29 percent of the world’s displaced people, which demanded multifaceted approaches including the Bank’s High 5 strategy to subdue the menace with $1.6 Billion support.

He said the Bank was therefore upping the game in the areas of capacity training, which was lacking to empower government parastatals, women groupings, civil society and especially private entities on the nuances of fragility and its management.

The Director of Transition said the Bank was increasing its visibility in countries in transition under its Enhanced Delivery Model strategy and again developed a Country Resilience and Fragility Assessment (CRFA) tool and funding about 110 projects in those countries.

‘The Bank views the private sector as key strategic partner and increasing its engagement architecture to salvage the fragility menace.’

Mr Tapsoba said over 10,000 communities in transition had been earmarked for the provision of basic amenities such as the provision of potable water and electricity in collaboration with the African Union Commission, the World Bank, Islamic Development Bank, DFID, the Agence Franccaise Development and the European Union.

He said the Bank had demonstrated its commitments to fragile situations in collaboration with the regional economic grouping including ECOWAS in the Mano River Union area and during the Ebola outbreak, committing resources to that effect.