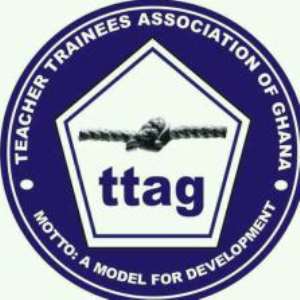 The National Executive Council of the Teachers Trainees’ Association of Ghana (TTAG), has denied signing any Memorandum of Understanding (MoU) for the licensing of teachers in the country.

The Association is therefore urging its members to disregard rumours that it had expedited actions for the sitting of a licensure exams.

In August 2017, the National Teachers Council (NTC) of the Ministry of Education announced it will conduct a special examination for teachers before it gives them approval to teach.

The NTC argued that the plan was to enforce discipline and eliminate non-performing teachers from the system, per the new Teachers Licencing Policy under the Education Act 778 (2008).

But in a statement released by TTAG on August 13, 2018, the Association insisted that “we would like to state emphatically that TTAG as an Association cannot and has not signed any MoU regarding the teacher licensing. We therefore wish to implore and inform trainees to ignore all rumours indicating TTAG has signed an MoU.”

The Association has also resolved to call on stakeholders in the education sector to improve the conditions of service of trainee teachers in the country.

It is demanding among other things, a clear mode of salary payment for prospective teachers.

“We adjure the Ghana Education Service (GES) to come out clear on the job security and salary payment of prospective teachers who are to go to the field next academic year”, the statement added.

Find below the full statement 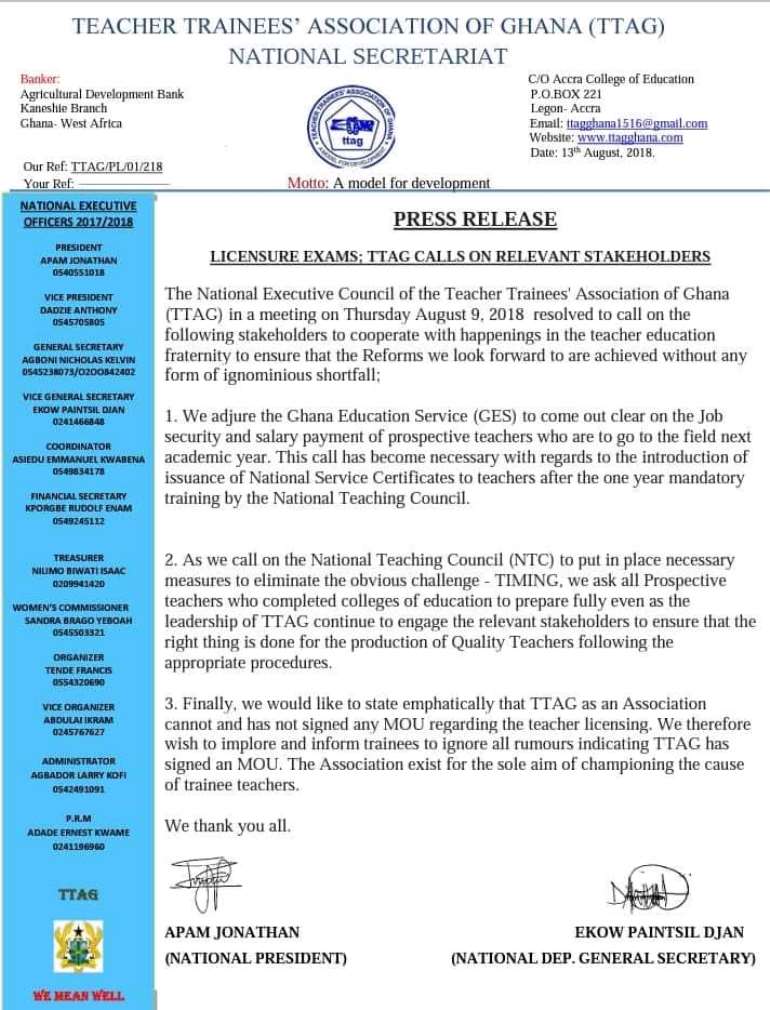 The Ghana National Association of Teachers (GNAT), has already called on the National Teaching Council (NTC) to suspend the implementation of the proposed licensing examination for teachers.

In a statement, GNAT expressed its dissatisfaction at the NTC over what it describes as a “breach of trust and a violation of good labour relations”.

“We are very disappointed with the actions of the NTC since they went behind this arrangement to issue a letter indicating the writing of the examination and the fees of (GHC 220.00).”

According to GNAT, the NTC has been unresponsive in attempts to ensure an effective collaboration for the implementation of the Licensing of teachers in accordance with the Education Act, 2008 (Act 778).

GNAT has also called on the Minister of Education to convene an immediate stakeholder meeting to discuss and resolve outstanding issues.