Minister for Transport, Hon. Kwaku Ofori Asiamah yesterday paid a working visit to Axim in the Western Region to inspect the site earmarked for the construction of the Axim Fishing Harbour/Landing Beach complex.

The Minister used the occasion to assure the good people of Axim and Nzema East Municipality that, the President of the Republic, H.E Nana Akufo-Addo is a father for all and one who keeps his promises and delivers on them in time.

He stated that the project was to come to light under the John Agyekum Kuffour’s tenure but when the party lost power everything came to a standstill but president Akufo Addo’s government is committed to making sure that Axim gets it fair share of the national cake which has eluded them for years.

He stated that in a space of a month, himself together with the President will cut sod for the commencement of the project.

On her part, the MP for Evalue Ajomoro Gwira and Minister of State Hon Catherine Afeku, said the construction of the landing site will reduce poverty and improve the welfare and socio-economic life of the people.

She urged the constituents to support her and the Nana Addo led NPP government to bring more development projects to the area.

She, therefore, thanked the President for the Axim Sea Defence Wall, Mini Sports Stadium and Youth centre, DVLA Office and a host of unprecedented developmental projects ongoing in the Evalue Ajomoro Gwira constituency.

Chief Fisherman of Lower Axim Traditional Area, Nana Kofi Bentsil thanked the MP and the Minister of Transport for giving them relief and pledged their support to the government to make sure Axim becomes one of the most developed cities in the country.

The project is one of the ten major Coastal Fishing Ports/Landing Sites to be constructed in the country, contracted between Ghana Ports and Habours Authority and China Habours and Engineering Company Limited.

The Minister then inspected the ongoing construction of the Drivers and Vehicle Licensing Authority Office at Ayisakro and showed his appreciation to the contractor for working within time and ensuring about 90% completion of the project.

He was accompanied by his Deputy, Hon. Titus Glover, MP for the area who doubles as Minister of State, Hon. Catherine Abelema Afeku, Municipal Chief Executive for Nzema East, Hon. Frank Okpenyen, Chief Director of Ghana Ports and Harbours Authority (GHPA), the Engineer, Consultant and Contractors for the project. 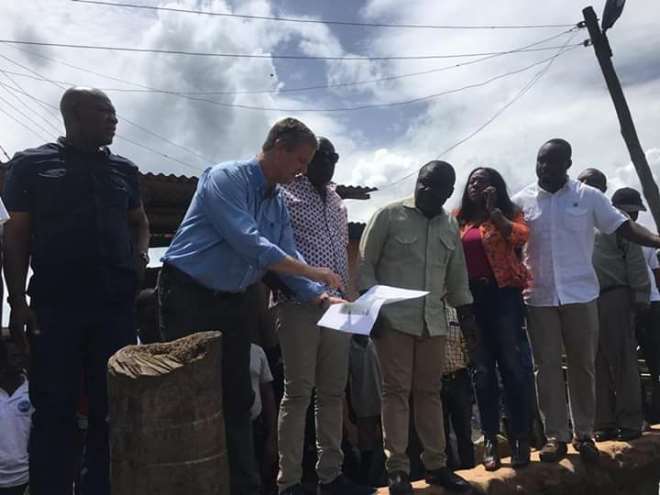 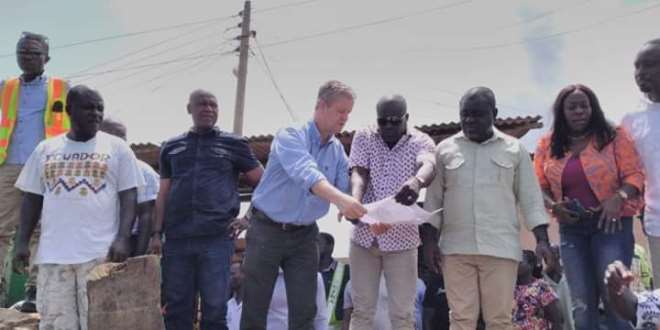 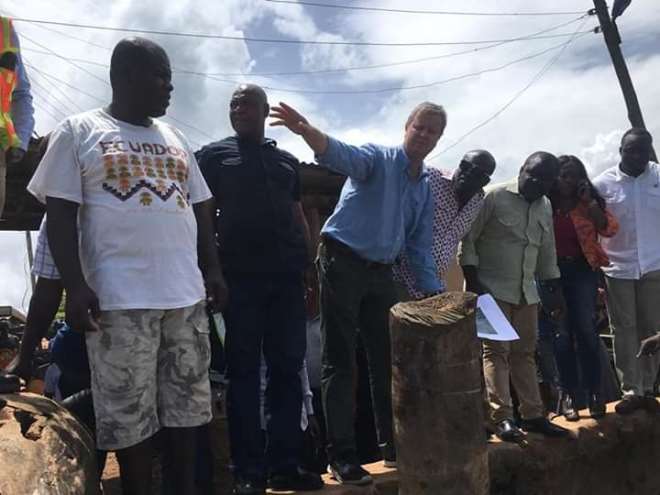 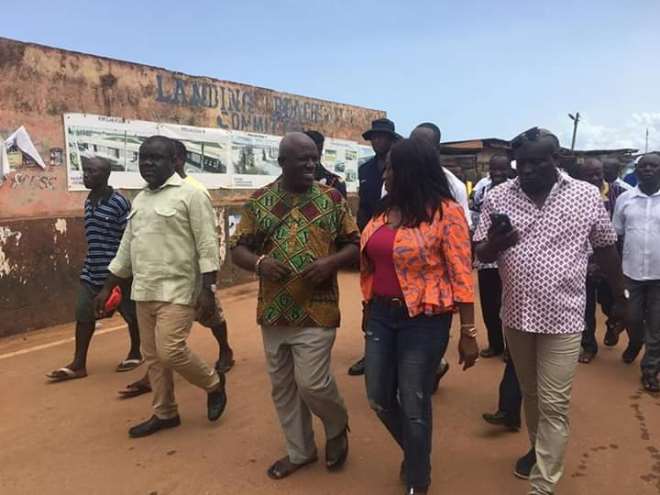