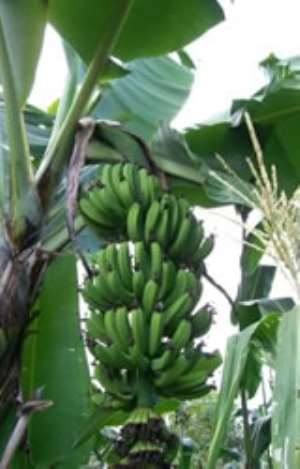 No doubt farmers are one of the most important group of people this country has ever known. They not only contribute to what we consume on a daily basis but also hugely contribute to our export commodities.

Tomorrow is farmers day and we are all going to celebrate farmers and applaud them for their good and far more significant efforts to the growth of this country but is what they really need an applause and a pat on the back? I think they need more than just that.

Agriculture as has always been claimed is the backbone of Ghana’s economy. It contributes far more than most sectors and yet little attention is given to it.

Granted that this government is trying to put some efforts into boosting agriculture with their programs like planting for food and jobs, one district, one factory, etc, how much efforts had gone into these programs and what are the results yet?

Most small towns in this country lie behind deplorable roads. But it is in these small towns that most farms are located. Agreed that some of these farmers as we see them are caretakers and the actual owner of these farms are the ‘big’ men in the city. But the actual work is done by the caretakers and their efforts cannot be taken for granted. They toil and sweat everyday just to keep the farm growing all the while getting neglected.

Foodstuffs rot away in these small towns because of bad roads hence the difficulty in accessing ready markets while residents of cities like Accra and Kumasi cry of high prices of food. Is it not just logical that these roads are developed to ease transportation to avoid food spoilage and also reduce the prices of goods?

Enough of the reliance on natural rain to grow crops. Farmers need education on how to source rivers to irrigate their farms in the absence of rain.

The old system of farming needs scrapping. More technology should be introduced to enhance the agricultural sector.

Now, farming isn’t just about people who plant but also those who rear. Rearing of animals is one of the most difficult things to do. Animal rearers also need basic assistance like financial assistance, public education, and all forms of assistance to help them improve their rearing practices.

On the website of the ministry of food and agriculture (MOFA), the five major pillars of planting for food and jobs listed doesn’t include anything on animal rearing. But on the larger scale, they are a major part of agriculture. The government must pay attention to them as well.

Some of these farming communities lack basic necessities like electricity, good source of drinking water, etc to enhance their living standards. It’s some of these basic issues that makes farming not appeal to the younger generation to venture into.

Planting for good and jobs and one district, one factory are very good initiatives. Even though on the website of MOFA, again, it says it’s a five year program, the little progress chalked over time is what will culminate to achieve the bigger objective.

If the government of Ghana is calling on every Ghanaian to take up farming, then it must do all it can to make farming more appealing to the younger generation and also to satisfy all the farmers across the country to boost their morale. Ghana needs agriculture just as agriculture needs Ghana.

Ayekoo to all farmers.