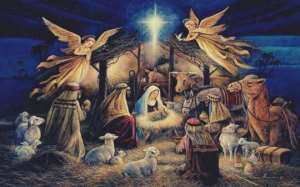 The one-third of the world’s Christian population estimated at 2.2 billion are celebrating the Christmas festive season.The celebration would also be marked with family re-union, exchange of gifts, hang-out with friends and relatives at beaches, pubs and other exciting places to feast and reflect on their successes and failures over the past 12 months.

In Ghana, many Christians are expected to mark the day with various church services.

A drive through town showed that many homes, churches, streets, shops and other public places have been decorated with Christmas trees adorned with the beautiful colours of red, green and white, accompanied with multi-coloured lightning systems to provide memorable celebrations in the minds of both adults and children.

Christmas is also an occasion to mark the birth of Jesus Christ. However, the day and date for the celebration over the years, has generated heated debates among diverse religious denominations.

Some condemn the celebration as a pagan festival, which should not be linked with the birth of Christ, the Saviour of the world.

They argue that December 25 has not been mentioned in the Bible as the date Christ was born, while some historians believe the December 25 was chosen because it coincided with the ancient pagan festival, Saturnalia, which required revellers to offer rituals to the gods.

Due to the controversy surrounding the origin of Christmas, some churches do not celebrate it. But Christmas is a religious holiday which is celebrated by both Christians and unbelievers in many countries around the world.

In fact, from 1659-1681, Christmas was illegal to be celebrated in Boston in the United States of America. And those who favour the idea of celebrating Christmas as the birthday of Christ argue that the intention was the most significant thing and not the origin of the festival.