I didn’t know that the cobra could be so awe-inspiring.

A few years ago, when I travelled through the dry, thorny scrublands of South India, someone had pointed at the raised hood of this snake by the roadside. At the time, though, I was inside an air-conditioned car on a perfectly paved highway that stretched like a gash on the countryside. The speed of the car and my urban eyesight had shielded me from its power.

Now, I was standing less than 3m away from a cobra, with only a short brick wall separating us. I couldn’t take my eyes off the hissing, striking, fully grown king of snakes.

“We are trimming trees outside,” said Rajendran, calmly handling the cobra, one of India’s most venomous snakes, wearing only a loose cotton shirt and a faded lungi (sarong). He guided the cobra towards a clay pot using a long metal rod with a smooth hook at the end. “The vibrations of that work are making the snake nervous.” 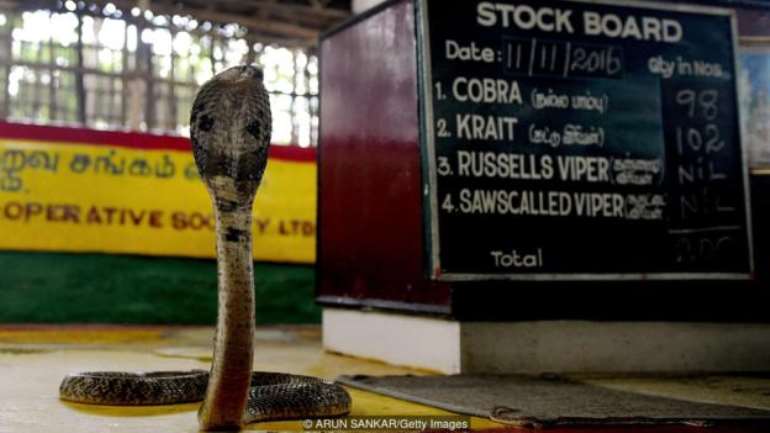 India is home to a variety of highly venomous snakes

I was in Vadanemmeli, a small coastal village on the outskirts of Chennai, to meet Rajendran. On that blindingly hot day, the sun was turning the waters of the Bay of Bengal into sparkling bands of silver as he spoke about his work with snakes.

Rajendran belongs to the Irula tribe, one of India’s oldest indigenous communities, who live along the north-eastern coast of the state of Tamil Nadu. They are known for their ancient and intimate knowledge of snakes, and their skills form an important but nearly invisible part of the healthcare system in India.

“Many people are scared of snakes,” Rajendran said, standing next to a large sign of the non-venomous snakes of the region. “But we must remember that the snake is only interested in survival. If we move in agitation, the snake perceives a threat and can strike. If we stand still, however, it will often slither away.”

We were at the offices of the Irula Snake Catchers Industrial Co-Operative Society, which was formed in 1978 in Vadanemmeli to capture snakes and extract their venom. Nearly 50,000 people die of snakebites each year in the country, and the only reliable treatment is the prompt administration of antivenom. Six companies across India produce around 1.5 million vials of antivenom annually, and most of it is derived from the venom extracted by the Irulas. 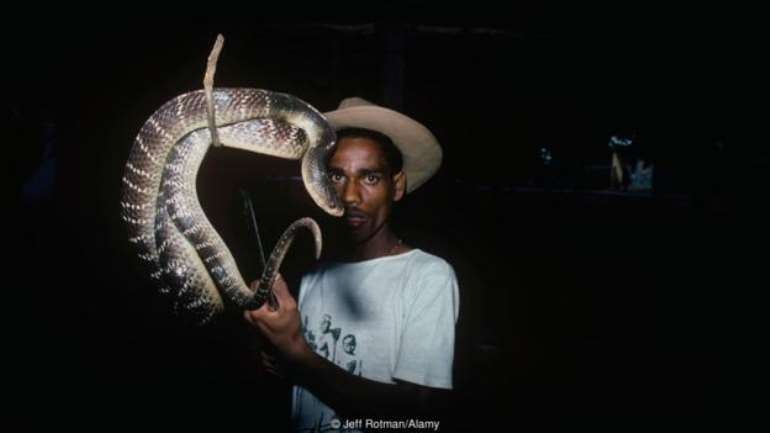 Rajendran jumped into a sunken sandpit enclosed by a low brick wall, telling me to remain outside. A high thatched roof protected the space from the sun, and a small raised platform in the centre of the pit had a simple blackboard with details of the snakes being held in the facility. This was the venom extraction site.

Rajendran retrieved a kannadi viriyan ( Russell’s viper) from a pot in a corner of the sandpit and placed it on the platform. The beautiful circular patterns on its skin often inspire fear because it is one of the most aggressive venomous snakes in the region.

“We aren’t holding too many snakes right now,” he said, pointing to the numerous rows of empty clay pots, neatly arranged outside the thatch structure. Each pot will be half-filled with sand before housing two snakes each, and the mouth of the pot will be carefully sealed with porous cotton cloth so that the snakes can’t leave the pot but there is still enough air. It is a necessary precaution, especially when the number of venomous snakes is so large, both for the safety of the snakes and for human beings in the area. 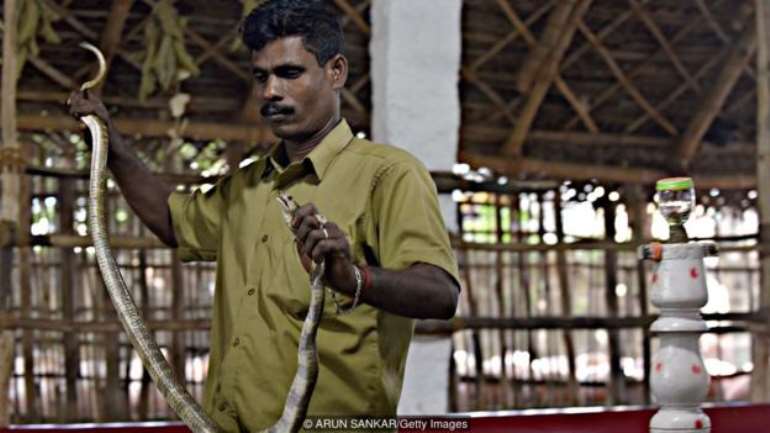 The co-operative has official licenses to hold about 800 snakes at a time. “We keep every snake for 21 days, and extract venom four times during that period,” Rajendran said. The snakes are then released into the wild. A small mark on their belly scales prevents the same snake from being caught repeatedly. “The mark goes away after a few moultings.”

Rajendran’s confidence in handling snakes and his deep understanding of these creatures are derived from a childhood spent in the forests and scrublands of the region. Before he turned 10, he had seen hundreds of snakes being captured. The Irulas usually work in silence, even when they go into the forest with others. They instinctively know the significance of faint signs on the ground to either follow clues or dismiss them. However, they often find it hard to articulate the details of their understanding, even to people who study reptiles. 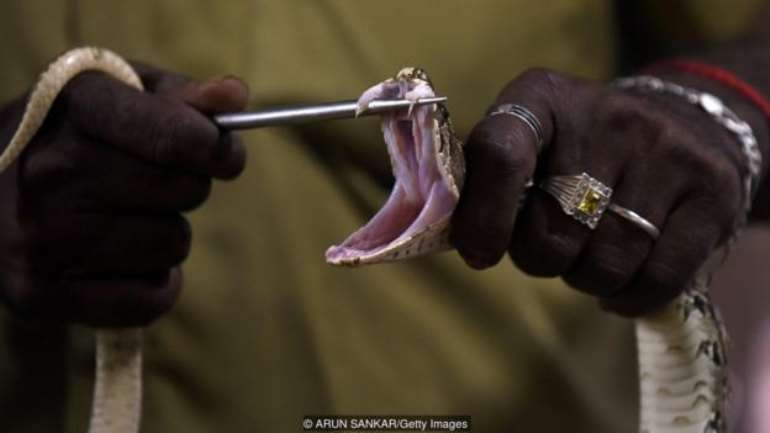 Nearly 50,000 people die of snake bites each year in India

The origins of the Irula community and their interaction with snakes are shrouded in mystery, but their mythology blends local animistic traditions with the vocabulary of mainstream religion. Their main deity is a virgin goddess called Kanniamma, who is deeply associated with the cobra. Many rituals involve the priest entering a trance and hissing like a snake, symbolising the spirit of the goddess.

Ironically, for a large part of the 20th Century, tens of thousands of Irulas made a living by hunting snakes for their skin. Out of reverence to their goddess, though, they wouldn’t eat its meat. Local tanners would pay between 10 and 50 rupees for a single skin before processing and exporting it to Europe and the United States for use in the fashion industry. In 1972, however, the Wildlife Protection Act in India banned the hunting of a number of animals, including snakes.

“After the Wildlife Protection Act came into force, the Irulas were in bad shape,” said Romulus Whitaker, a herpetologist and conservationist who has worked with the Irulas for nearly 50 years. He explained that the small amount of money they made from selling snake skins was still a large part of the monthly income for many Irula families.

“I would say that they were starving,” Whitaker added. 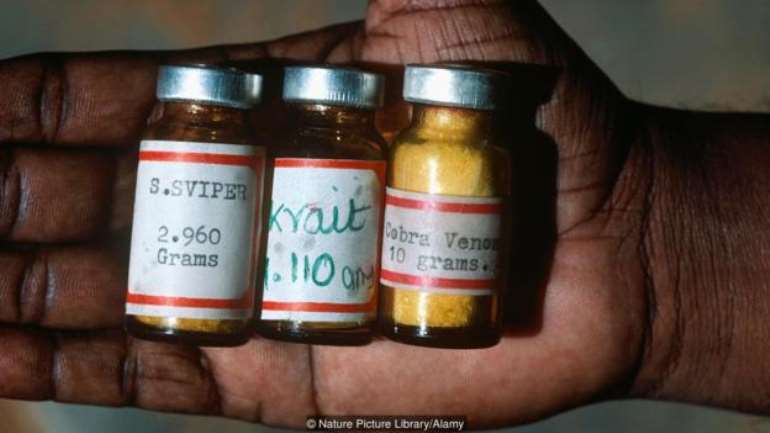 Around 1.5 million vials of antivenom are produced each year from venom extracted by the Irulas

The formation of the co-operative society was an important turning point. Though the collective employed less than 1% of the population (which was estimated to be around 190,000 in a 2011 census ), its presence provided legitimacy for their traditional skills. As hunter-gatherers, the Irulas were used to being considered poachers by local government officials. They were also viewed with suspicion by other communities in the region, and their work with snakes added to the prejudice.

Susila, an Irula woman, spoke about the discrimination they often faced.

“When we went into the village, we were called derogatory names,” she said. “We were not treated well and were often cheated when we borrowed money.”

Many Irulas were illiterate and ended up as bonded labourers, de-husking rice in mills. There was pride in Susila’s voice, though, when she talked about the skill they would bring even to that incredibly difficult work. “We can work very hard and very carefully. At the end of a day’s work, we wouldn’t have broken the tips of even a single grain of rice during the de-husking process.” 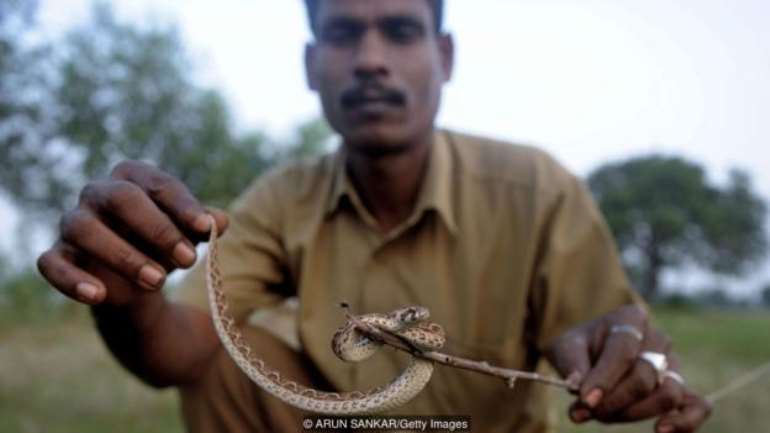 However, it was their skill with snakes that brought them an invitation from the Florida Fish and Wildlife Conservation Commission. Two members of the collective, Masi and Vadivel, flew half way across the world to participate in a project aimed at curbing the extensive problem of Burmese pythons in the Everglades National Park. These enormous snakes have established a large breeding population in the Everglades, and are threatening endangered populations of small mammals in the national park.

Over a span of two months, after 60 forays into the Everglades, Masi and Vadivel captured 34 pythons. Trained sniffer dogs as well as American hunters were unable to match this efficiency. “[The Irulas] are our best bet,” said Joe Wasilewski, a wildlife expert with the University of Florida, speaking about a long-term solution for protecting endangered species from Burmese pythons. 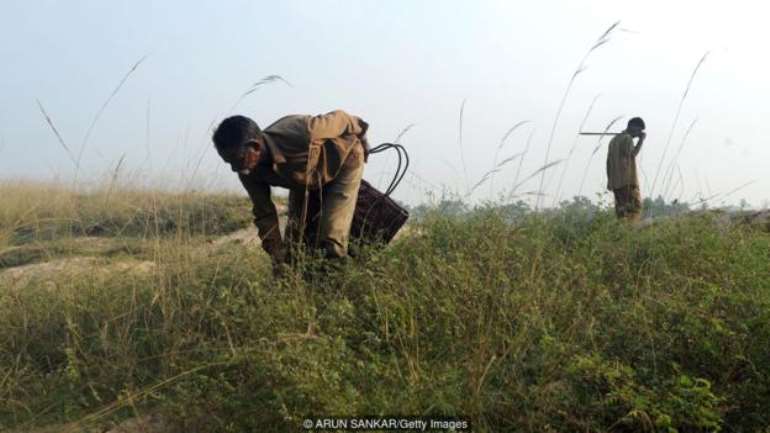 There are multiple sources of pressure on the Irulas and their way of life, though. Rajendran is worried about the urban sprawl inching towards Vadanemmeli and commercial establishments encroaching into wild spaces. Chennai is home to more than seven million people and is spreading in all directions. Vadanemmeli may be slowly swallowed by the growing city; the road to the village is already flanked by glass-fronted showrooms and swanky weekend homes. Closer to the venom extraction site, high-end resorts are cropping up with views of the bay and its backwaters.

Additionally, the World Health Organization has recommended that antivenom must be generated from snakes that remain completely in captivity. This means that the demand for the Irula’s skills may reduce, since they specialise in the capture of wild snakes.

Masi, Vadivel and Rajendran may also be the last generation of Irulas with this impressive understanding of the reptiles. Most Irula parents want their children to join the mainstream Indian society in some way. A large percentage are enrolled in schools and do not accompany their parents into the forest.

“Many in the younger generation are even scared of snakes,” Whitaker said. 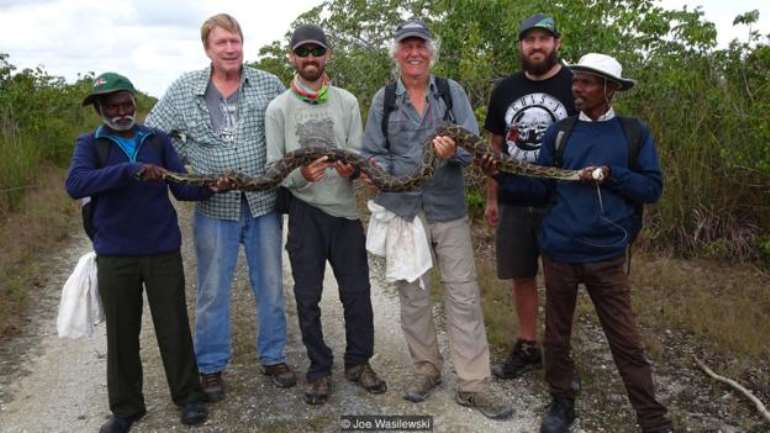 Others, however, continue to have a deep gratitude for the traditional skills of their community. “It was our work with snakes that supported us in difficult times and fed us while we struggled,” said Susila, smiling. “What we learnt from our elders should not disappear with us.”

I left Vadanemmeli with a slightly keener eye for these reptiles. I wondered, though, whether I would be able to follow Rajendran’s advice if I encountered a cobra in the wild. I somehow doubted I would be able to stand still long enough for it to calm down and slither away. It is much more likely that I would send a prayer to Kanniamma and try to outrun the snake.