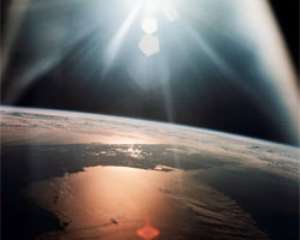 In her address to mark the 25th anniversary of the UN Framework Convention on Climate Change, UNFCCC, Patricia Espinosa, the Executive Secretary noted how the world though striving enough to address climate change in the past 25years, “…is still running behind climate change”.

While we have gone from the Kyoto Protocol to the Paris Agreement in eﬀorts at mitigation and adaptation to climate change, it’s a fact that more needs to be done. The Ocean level is still rising, rainfall patterns have not become any more predictable, water-stressed regions of the world are expanding and so on.

The adverse eﬀects of climate change are numerous, attested to by startling statistics from various international organizations in climate change.

In 2017 alone according to ﬁndings by the Intergovernmental Panel on Climate Change, IPCC, the global economy lost about 320billion dollars to weather-related disasters, and by 2017, global mean temperatures have increased by 1 degree Celsius above pre-industrial levels causing global warming and its eﬀects on nature.

Gratefully, Ghana may not have had its share of such disasters, but among other long term social consequences, maybe we have constituents of the close to 100million people who will be, as predicted by the IPCC, pushed into extreme poverty by 2030 in subsaharan Africa, without climate action.

The ripple impact of climate change on sustainable development goals cannot be overlooked since it directly determines whether a number of SDG will be achieved or not. SDG’s 1( Poverty Reduction), 2(food security),6( clean water and sanitation),14(sustainable use of oceans) and 15(biodiversity) are inﬂuenced by climate change. My object today is to highlight on portions of Ghana’s National Climate Change Policy, NCCP, in a bid to identify some of the policy areas it tackles and correlate their role In the global climate change discussion.

The then president, HE John Dramani Mahama, in his opening remarks noted the countervailing eﬀects postponing climate change action will have on the Ghanaian socio-economic fabric, hence the decision to act alongside key stakeholders.

The NCCP features 5 key Policy areas and their respective action programmes for their realization.

Agriculture being ﬁrst among the areas, various measures are outlined to achieve climate-resilient agriculture, water sources for irrigation and new technological innovations in irrigation are also outlined. Commendable therefore on the part of the current government, is its introduction of the “one village one dam” project. Its success will reduce the over-reliance of farmers on rain. In this area also, the planting for food and jobs initiative could also be expanded while education against too much use of agrochemicals promoted. In place of such farming practices, climate-smart agroforestry techniques could be encouraged on large scale.

Secondly, the area of Natural Resource management maps out ways of increasing the prevalence of carbon sinks in the form of forest cover and mangroves.

a good start in carbon sequestration, reducing concentration of atmospheric carbon dioxide in the long run. Wanton destruction of land and

water bodies by illegal small scale miners must be completely terminated if we will make any inroad in biodiversity Sustainability, that’s not to say nothing is being done about it, much more can be done. Also, the month-long ban by successive and current governments on ﬁshing at particular times

of the year, though not proven, might help to restore biodiversity in the ocean, an adaptive eﬀort.

In the area of Energy and industry, more practical eﬀorts should be made to reduce generation of greenhouse gases from industrial sources.

Much more investment should be made in recycling

industrial waste while landﬁll sites could better situated. Vehicular emissions should also be monitored and controlled, meaning that the appropriate licensing authority should be more circumspect in issuing of roadworthy certiﬁcates to vehicles.

School children should be taught about the dangers of littering and bad sanitation, while sanitation laws must be enforced more vigorously.

In the area of forestry and Natural resources, it’s important that stakeholders increase awareness of the impacts of illegal logging while issuing punitive measures to curtail indiscriminate felling. In this direction, the recent ban on rosewood exports must not only be limited to rosewood but many more tree species.

These policy areas are in line with the six milestones deﬁned by leading climate analysis organizations in 2017 as part of their mission 2020 to “…put the world on a pathway consistent with the Paris Agreement.” They identiﬁed Energy, Transport, Land use, Infrastructure, Industry, and Finance as key milestones

any climate change action must highlight and implement. The World Resources Institute highlighted these milestones in their “Executive summary:

to mainstream the policy while an interministerial committee with a separate budget is tasked to be established to complement the MDAs.

We will be on course when these implementation strategies are given the required political support on the part of government and when citizens identify and play their complementary roles.

To every Ghanaian that is pushed into extreme poverty, to every farmer that experiences crop yield failure, to every school child that walks miles to fetch water before going to school and to the generation unborn, we owe the responsibility of taming the beast called climate change.

When all is said and done, Ghanaians must be able to say we have bequeathed posterity with sustainable climatic conditions.