Today, the global community celebrates World Wildlife Day under the theme “Life below water: for people and planet”. The theme for this year’s celebration for the first time recognises the importance of marine biodiversity and the threats faced by the marine ecosystem. Over the years, several efforts have targeted saving and conservation of terrestrial species, however their aquatic counterparts have not received as much attention. Interestingly, these aquatic species are equally threatened, some of the threats are not fully understood due to lack of data, especially in the West Africa sub-region. The Ghana Wildlife Society (GWS) and allies are therefore, pleased by this recognition as marine ecosystem is the most productive, yet threatened ecosystem in the world. The World Wildlife Day 2019 theme aligns closely with the Sustainable Development Goal (SDG) 14 -Life below water, which focuses on marine species. This will serve as an opportunity to highlight the critical issues and values of marine wildlife to our everyday lives. 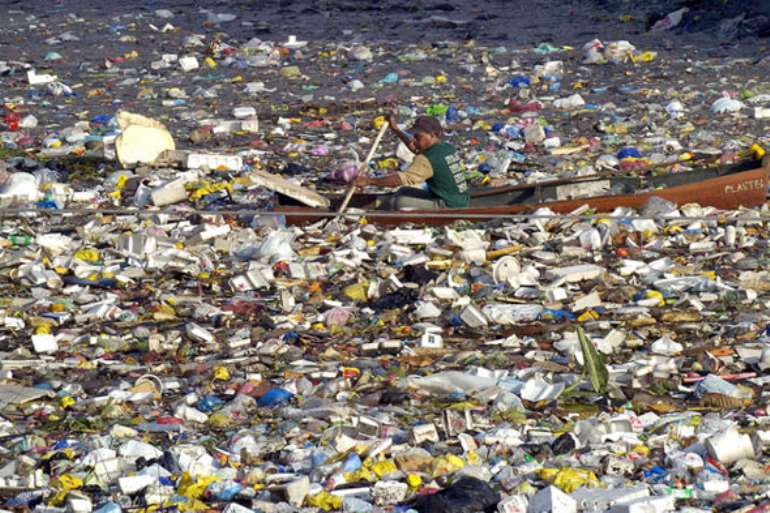 The Ghana Wildlife Society (GWS) and allies recognises the efforts that the Government of Ghana has made over the years in promoting the sustainable use and management of water bodies. The Government’s efforts in addressing illegal mining, illegal and overfishing, pollution and its commitments towards ensuring a sustainable environment is duly acknowledged. This notwithstanding, our waterbodies, especially the marine ecosystem, continue to face an avalanche of threats from various sources. Plastic pollution is recognised as a serious threat not just to the health of oceans but to humans as well. It has become the new millennium’s tragedy of the commons. This is particularly true with the marine plastic pollution issue, which has seen significant global interest recently. The United Nations has therefore declared plastic pollution among the most critical emerging environmental issues of our time. Plastics accumulating in our oceans and on our beaches have become a global crisis. Billions of kilos of plastics can be found in swirling convergences that make up about 40 percent of the world’s ocean surfaces. At current rates the quantity of plastics is expected to outweigh the quantity of fishes in the sea by 2050. In Ghana, per capita generation of plastic waste stands at 0.016 to 0.035 kg/person/day and plastics make up between 8 to 9 percent of the component materials in the waste stream. Currently, most products are packaged in polyethylene which forms about 70 per cent of the plastic waste in the municipal waste stream. Additionally, over 10,000 metric tons of finished plastic products are imported annually into Ghana. And most of these plastics find their way into our waterbodies. 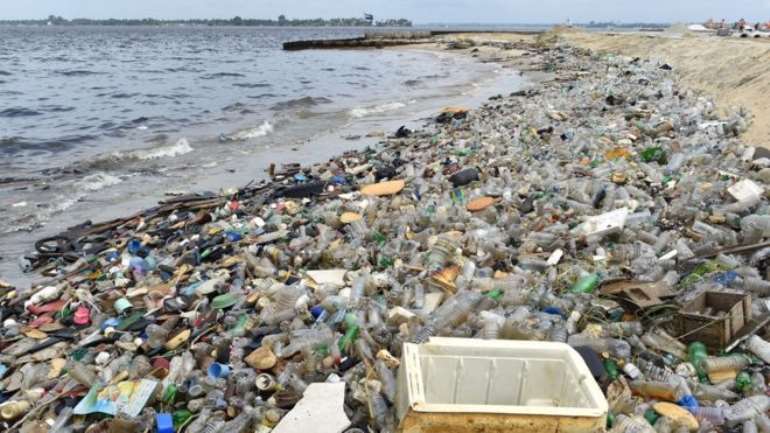 Plastic pollution has a direct and deadly effect on wildlife. Studies have shown that aquatic organisms ingest plastic pollutants5. The plastic litter interacts not only with marine megafauna such as seabirds, sea turtles, marine mammals and fishes but also with oysters and corals. Thousands of seabirds, sea turtles and marine mammals are killed each year after ingesting plastics or getting entangled in them. These animals can choke, sustain internal injury and die or starve by thinking they’re full from eating plastic. Sadly, research indicates that half of sea turtles worldwide have ingested plastics. Ghana’s coastal beaches are home to sea turtles. The coasts have stretches of sandy beaches which support the nesting of sea turtles namely the Leatherback sea turtle, Green sea turtle and Olive ridley sea turtle. All these species that use Ghana’s beaches as nesting sites are recognised on the IUCN red list as either endangered or threatened. Plastic waste, among other pollutants, have been found to be a threat to these creatures as evident by scientists of the Ghana Wildlife Society on several occasions as part of its marine monitoring programme. Like other sea creatures, marine mammals ingest and get tangled up in plastics. For the past few years, the coast of Ghana has witnessed a number of deaths of marine mammals, especially that of whales and dolphins. Many factors have been attributed as the cause of these deaths. Plastic pollution and oil and gas production, among other factors, were identified as some of the potential culprits. In the wake of these incidences in 2014, the Environmental Protection Agency (EPA) put together a 9-member committee headed by Professor Ofori-Danso to investigate the causes of the death of whales and dolphins in the seas of Ghana. Several reasons were revealed to have caused these deaths. A surge in the use of plastics in the country was identified as one of the causes. Much of the plastics eventually make their way to the seas and this causes problems for the dolphins and whales. Our waters are host to about 20 species of whales that visit the country at particular periods, including the humpback whale, sperm whale, Cuvier’s beaked whale, short- and long-finned pilot whale, melon-headed whale, pantropical spotted dolphin, pantropical spinner dolphin and bottle nose dolphin. 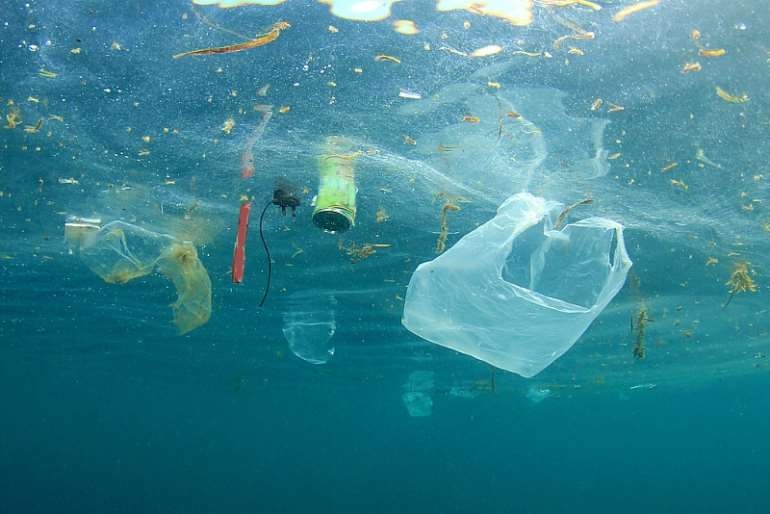 Impact on Food and Human Health

Plastics can pose dangers to humans in different ways. As people eat seafood such as shrimps, fishes, oysters and others, their relationship to human health and food security becomes an increasing concern. Direct toxicity from plastics comes from Lead, Cadmium, and Mercury. These toxins have also been found in many fishes in the ocean, which are very dangerous for humans. Diethylhexyl phthalate (DEHP) contained in some plastics, is a toxic substance that has the potential to cause cancer. Other toxins in plastics are directly linked to cancers, birth defects, immune system problems, and childhood developmental issues.

Socio-economic impacts of marine plastic waste include reduced recreational opportunities and loss of aesthetic value. For instance, polluted beaches are unattractive for tourism, often resulting in lost revenues for the tourism industry and for people who generate their income through tourism related activities. Another indirect economic impact is the loss of fishing opportunities and thus presents undesirable impacts on livelihoods. For example, due to the time spent cleaning nets, propellers and blocked water intakes from entangled plastic bags and other debris, catch rates of Indonesian subsistence fishermen have reduced and led to lost revenues. Our fisherfolks in recent times complained about harvesting more plastics than fishes in their fishing expeditions and it is estimated that by 2050 the oceans will have more plastics than fishes and other sea creatures. 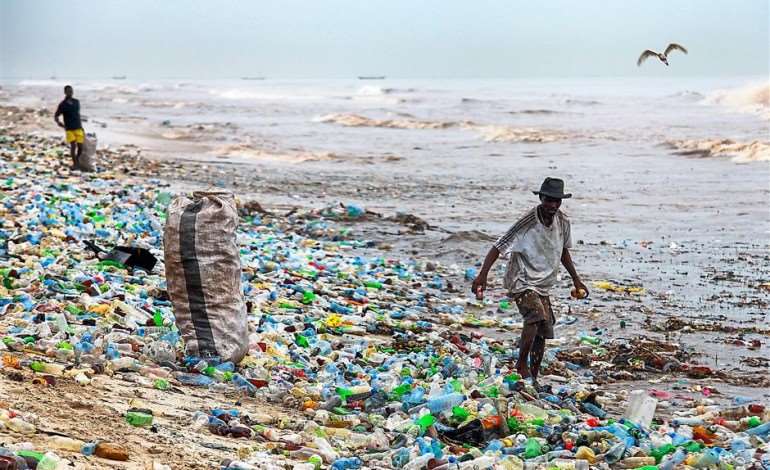 What Must Be Done

The plastic pollution menace is a tragedy that requires a deliberate and drastic effort to deal with. Ghana currently has no policy or a legislative framework to address the plastic pollution menace. Many nations around the world, including countries in the Africa sub-region, are addressing plastic pollution in various ways that Ghana can emulate. The Government of Ghana, through the Ministry of Environment, Science, Technology and Innovation (MESTI), must take concrete steps to deal with this menace. The Government must hasten the development of a policy framework or a legislation to deal with this problem. The plan/policy must address the plastic pollution menace by including a component that seek to improve behavioural change, reduce land-and-sea-based leakage, reducing plastics production and use, and enhancing funding mechanisms, policy reform and legislation enforcement. For instance, the Kenya government has recently passed legislation that prohibits the importation, making, or selling of plastic bags. The European Commission adopted regulations in November 2013 that would require member states to either start charging tariffs for the use of single-use plastic or ban them altogether.

The Government must also be mindful that regulatory measures alone cannot bring about the required change to effectively stop plastic pollution. The best possible option is to use both regulatory and market-based incentives approaches to reduce plastic use and pollution. The Government of Ghana must also prioritise education in any plan or policy on plastic pollution in the country. Education is key to strengthening community support and understanding of the impact of plastic on the marine environment. These must be aimed at increasing education and public awareness through the educational system and to broaden the community engagement with the topic more generally.

The Ghana Wildlife Society, therefore, encourages the Government of Ghana not to just introduce a regulation or plan to combat the plastic waste problem but such instrument must be fused with market-based tools and educational approaches. 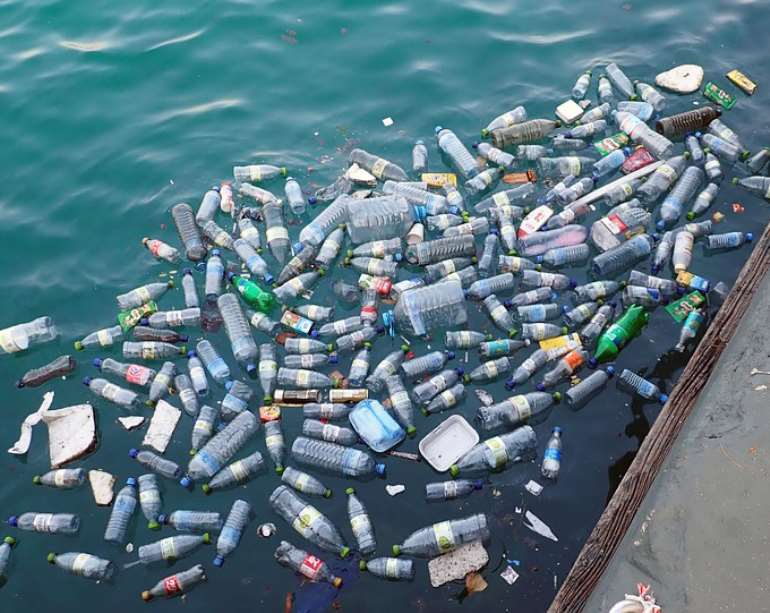 The Ghana Wildlife Society is a non-governmental, non-political and non-profit making conservation organization. We have been at the forefront of nature conservation for the past three decades. Our mission is to conserve wildlife in all its forms to ensure a better environment and for improved quality of life for all people. We belong to BirdLife International, the world’s largest nature conservation partnership of 120 autonomous NGOs around the world. We operate based on the model that stipulates that, conservation actions must hinge on credible scientific evidence.

Our work over the past three decades has transformed corporate industrial practices and national policy, including the ban on trade in Grey Parrots and provision of models for community ecotourism initiatives in Ghana (Nzulezu and Afadjato). Our past and present campaigns have contributed to the reduction of deliberate killing of bats in the Accra Metropolis and other parts of the Country. Through several research activities, we have contributed scientific data to various national policy processes. We rely on our junior wing, the Wildlife Clubs of Ghana to promote conservation education in schools and the general public.