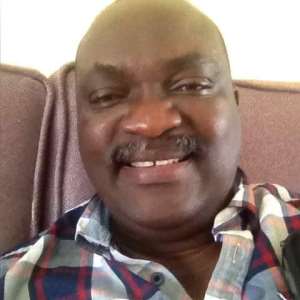 Medical Laboratory Technicians Students Association (MELTSA) of the College of Health and Well-Being at Kintampo in the Brong Ahafo Region have vowed to leave no stone unturned in demanding a refund of their “practical material fee” from management of the college.

They say there are not intimidated by the posture of the Acting Principal of the College, Mr. Saka Allotey and management to scare them to back down on their demand.

“MELTSA remain resolute in our quest to seek justice and in the struggle for our rights and will not be intimidated”, the association said in a statement issued after its meeting at Kintampo.

It would be recalled that the on Monday May 7, 2018, management of the college met on the issue following a petition by the students presented to the Acting Principal of the college three days earlier which sought to accuse management for collecting Gh.c 1,000.00 from the students for practicals and yet none of them has benefitted from any practical programme.

A day after, management met with the leadership of the students in an attempt to respond to the issues they had raised but this could not help matters as the students claim that their expectations have still not been met.

The students in a resolution are calling on management to credit all first-year laboratory students an amount of Gh.c 1,000.00 each against next academic year since they did not undertake any practicals.

When contacted, the Acting Principal of the College Saka Allotey, said management was still in discussions with the students to find an amicable solution to the issue.

“We have not arrived at any conclusion. The students are still insisting that the monies should be given back to them but we’ll not agree to that because last year a similar thing happened and auditors later queried us”, he told our correspondent, Richard Boahen in telephone interview on Thursday morning.

At the time of filing this report, a series of crunch meetings were being held between the leadership of the students and management. We shall keep you posted on any new development that would emerge going forward.