The people of the Tefle Kpordiwlor community have been given a solar powered mechanized borehole water facility built and commissioned by Project Maji Foundation.

The community, which has been surviving over the past few years with just two borehole water facility had one broken and are coerced to journey miles before acquiring water from other unsafe water sources.

Speaking at the commissioning ceremony, the C.E.O. of Project Maji, Sulnil Lalvani said that in line with the celebration of this year’s world water day, the facility would save women the burden of carrying water over long distances to spend productive time on productive works.

He added that, Project Maji is poised to provide portable water to more than one-million rural Africans by the year 2025 and also committed to spreading awareness about water problems with speciality in mechanizing solar pumps as hand pumps are outdated.

According to the Communications Director of Project Maji, Rosemary Irons revealed that the project which started as a Corporate Social Responsibility initiative of Binatone has provided over 30 communities under a population of one-thousand which are most hardly to be reached by the government.

“Although our target is on Sustainable Development Goal 6 which is related to water, we believe it affects goal 3 and goal 4 respectively since access to water would aid children to attend to academic works on time as well as having good health” she added.

The District Chief Executive of South Tongu, Emmanuel Louise Agama expressed his pleasure about the facility and urged the community to take god care of the facility to avoid any damages.

Speaking at the occasion, the paramount chief of the Tefle traditional area, Togbe Nakakpo Dugbazah VIII made a humble plea to government for a toilet facility to avoid open defecation and suggested that some monies be contributed by residents of the community to ensure that the projects lives its full life span. 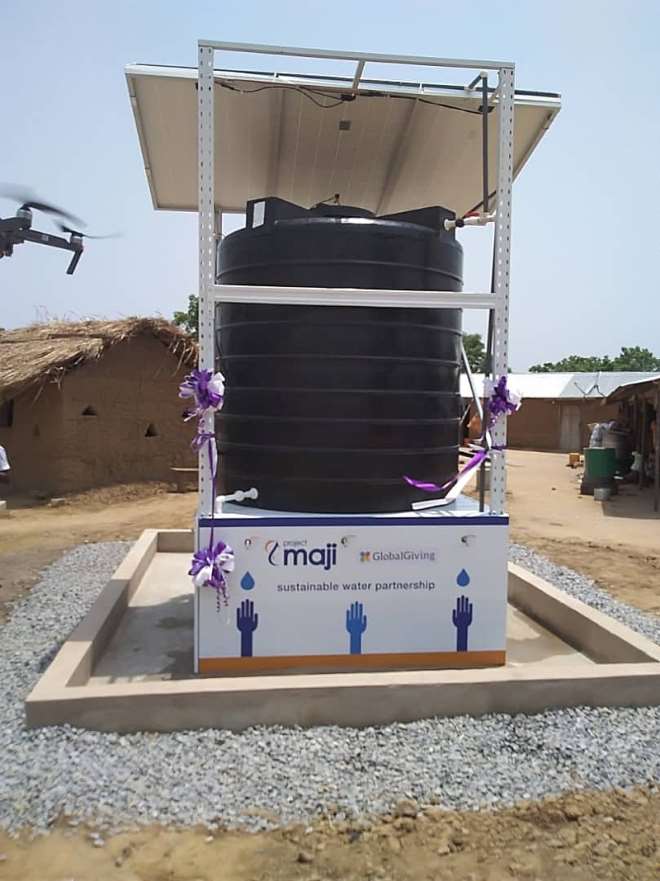