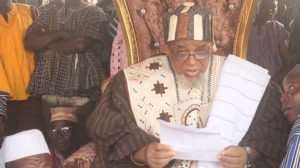 The Paramount Chief of the Talensi Traditional Area, Tongraan Kugbilsong Nanlebgtang has appealed to the government to fix the bad road network in the Talensi district and the Upper East Region to foster the development of the area.

According to him, the poor nature of roads in the various districts and municipalities of the region is hindering trade and revenue generation.

The Tongraan disclosed this at the maiden “TEMGMAALUG LAONG” festival held at Tongo in the Talensi district on the theme: Harnessing the social, economic and cultural heritage or the development of Talenteng. 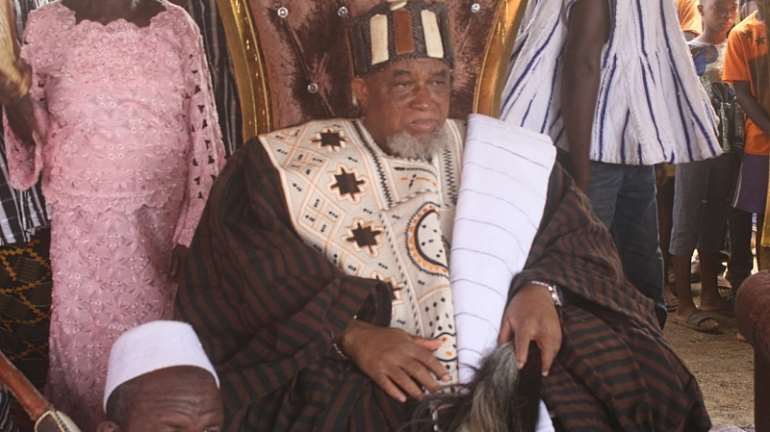 “We are appealing to the government to see to the road network in the Talensi district and the entire Upper East Region.

As you are aware the road network in various districts of the Upper East Region is nothing to write home about and I want to appeal to government to come to the aid of the region so that, our road networks will be open up for development,” he said.

In the area of tourism, Tongraan, appealed to the Tourism Ministry to revamp and support the Tenzuk Hills and Shrines tourist site which has in time past received very little support.

The Deputy Regional Minister, Frank Fusieni Adongo, who read a speech on behalf of the Regional Minister, Paulina Patience Abayage, admonished traditional leaders to collaborate with government in the fight against anti-social tendencies and instil in children their traditions and cultures.

“The wave of globalization has brought about serious challenges to the protection of our culture which we must be wary and alert of. In the age of technology, children are now more glued to mobile phones, television sets and computers which could expose them to many risks and rob them off valuable time for learning their culture and traditions.

I therefore, encourage opinion leaders, parents to collaborate with government in the fight against these anti-social tendencies”.

Mr. Adongo hinted that the cabinet has approved $700m for the construction of the Pwalugu multi-purpose dam project. 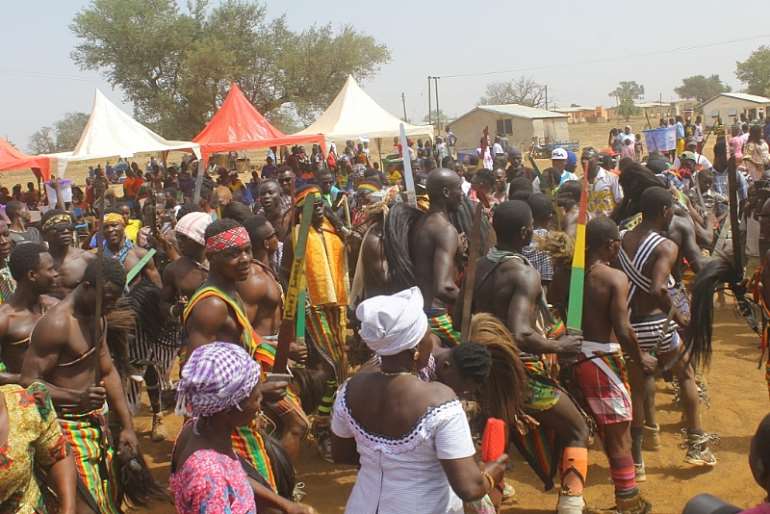 The project when successfully executed will serve as a flood control mechanism and provide water for hydro power and irrigation farming.

Meanwhile, the District Chief Executive of Talensi, Dr. Christopher Boatbil also encouraged the people of Talenteng to use their unique culture to create employment and alleviate poverty describing culture as a marketing tool for development in every country.

The maiden edition of the “TEMGMAALUG LAONG” festival was marked to honour all the chiefs, Tindanas and people of Talenteng and to showcase their unique culture to the world to attract more tourist to the area

The occasion was attended by the Regional Minister for Upper East Region, Paulina Patience Abayage, the Deputy Regional Minister, Frank Fusieni Adongo, Council of State members, the National Peace Council and some leading members of the New Patriotic Party.