The National Cybersecurity Advisor, Dr. Albert Antwi-Boasiako, has cautioned against the politicisation of cybersecurity issues in Ghana.

He made the call on Friday, October 18, 2019, at the Alisa Hotel, in Accra, during a cybersecurity business breakfast meeting organized by Integrity Magazine

The meeting brought together key Cybersecurity experts and stakeholders to share ideas and insights on how to adequately safeguard Ghana’s cyber ecosystem.

Dr. Antwi-Boasiako observed how vulnerable Ghanaians were to cyber-attacks.

He also highlighted emerging trends in cybercrimes such as investments, crypto-currency, gold scam, among others.

He therefore called for a collective effort in fight against cyber

Editor-in-chief of Integrity Magazine, Rev. Kennedy Okosun, in his welcome remarks, noted that at the core of modern technological development, is the need to ensure that the cyber space is safe and secured.

He indicated cyber-attacks on businesses and government agencies were on the rise globally, adding that “the scale of the problem will only increase as computers and other digital devices become more widespread in Africa, and for that matter the root of the world.”

According to him, the risk of cyber breaks for African businesses was potentially higher.

He bemoaned that regrettably, the rapid increase in cyber penetration and digital connectivity, and the enthusiastic embrace of new technologies on the continent, have not been matched by an equivalent commitment to the need for cyber security.

In 2017, according to Serianu’s Africa Cyber Security Report, it was estimated that the loss to African businesses due to cyber-crime was $3.5 billion.

That amount was up from the $2 billion in 2016.
Nigeria was the hardest hit with losses of $649 million, followed by Kenya with $210 million and Tanzania with $99 million.

The report revealed that about 96 percent of cyber security incidents in Africa go unreported or unsolved.

Businesses and individuals in Ghana lost an estimated $105 million to cyber-crime in 2018.

He added that “its (cyber security) importance is yet to be sufficiently appreciated and acknowledged.” 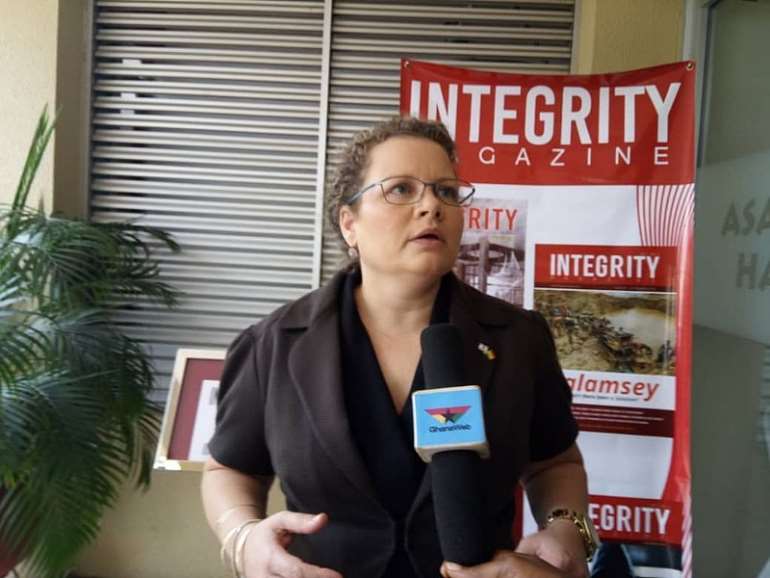 She noted that Ghana ranked number one in Africa in terms of cybersecurity awareness and architecture.