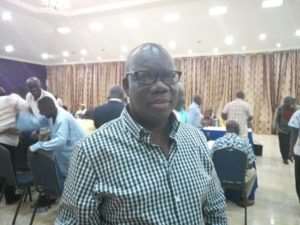 “I came to meet a situation where there were 3 persons doing the job of a secretary; assembly spends so much to pay staff so we decided to do staff rationalization to save money for the ever-demanding developmental requests from residents of the metropolis…”

From Alfred Adams, Takoradi .
THE Sekondi Takoradi Metropolitan Assembly (STMA) has carried out its threat to send home over 90 staff in what it claims to be a rationalisation exercise.

The Mayor of the Assembly, Mr. Anthony K.K. Sam, had once indicated to the media that the Assembly was planning to embark on the staff rationalisation exercise, where some staff who were being paid by the Assembly through its Internal Generated Fund (IGF) would lose their jobs.

True to the Mayor’s words, the Assembly recently met the affected staff at a durbar, where it informed them of the supposed exercise.

Though the Assembly has dispelled rumours that the exercise is a witch hunting one, the affected staff strongly believe so, considering the year in which they were employed.

A source at the Assembly told this reporter that most of the staff who were affected by the supposed rationalisation exercise were employed between 2014, 2015 and 2016, giving credence to the witch-hunting claim.

In a letter dispatched to the affected staff, the Assembly has served notice on the over 90 staff to get ready to go home.

A copy of the letter, which The Chronicle has sighted and entitled: ‘Termination of Appointment’, did not give reasons.

The letter, dated July 9, 2018 and signed by Mr. Samuel Yirenkyi Appiah on behalf of the Mayor, states: “In pursuance of our earlier discussion on the above matter, notice is hereby served on you that with effect from September 1, 2018, your appointment with the Assembly shall terminate.

“The reasons for embarking upon this exercise are already known to both the Assembly and your very self. The Assembly, in this regard, wishes to thank you for the contribution you have made in your capacity as an employee to bring it to its current state. You will, in due course, be invited to negotiate your exit package.”

It is not known what package the Assembly would offer the affected staff, but what is known is that from September 1, the over 90 staff would cease working with the Assembly.

But Mayor Sam has thrown a challenge to his accusers to show proof of his alleged attempt to replace any of the yet-to-be laid off staff at the Sekondi Takoradi Assembly(STMA).

MCE Sam, responding to claims by some callers during an exclusive interview on Radio 360’s flagship morning programme, dubbed “Yensom”, hosted by Kwame Malcolm, the Chief Executive revealed that the assembly spends almost GH¢93,000 to pay its staff.

He said when he assumed office as Mayor, he met a situation where three persons were performing the same job, a situation which compelled the Assembly to embark on the staff rationalisation exercise.

In his own words: “I came to meet a situation where there were three persons doing the job of a Secretary; the assembly spends so much to pay the staff, so we decided to do staff rationalisation to save money for the ever-demanding developmental requests from residents of the metropolis…”

The Mayor explained that he did not unilaterally embark on the rationalisation exercise, and that dueprocesswas followed.

According to the Mayor, he has personally ensured that some of the staff who were affected by the rationalisation exercise were re-engaged in other areas where there are vacancies, “so why am I being accused of re-deploying NDC members?”

The rationalisation exercise was carried out by a labour consultant, and anyone who has proof of me re-engaging people should show proof…” the STMA Mayor quipped.

Meanwhile, a member of the Assembly, Mr. Wilson Kwofie, who has expressed worry over the exercise, described it as needless.

He said though the decision was a management one, considering the unemployment problem confronting the country, sending home the affected staff was needless.

To him, the assembly should ratherwiden its tax net to generate more revenue to pay the affected staff.

“This is what the previous [the] NDC government under the then Mayor did. Sending home staff under the guise of rationalisation to add to the unemployment situation bedeviling the country is needless,” he argued. 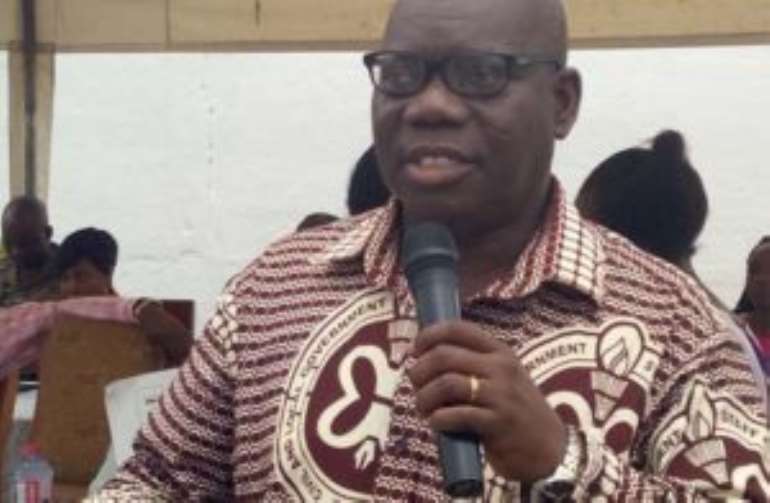 Wilson Kwofie also said considering the fact that new Assemblies such as Effia andKwesimintsim have been created, the STMA could have waited and later re-deployed the affected staff to the new assemblies.

“My brother, there is wailing at the Assembly by the affected staff as a result of the supposed rationalisation exercise,” he said.

The Public Relations Officer of the STMA, Mr. John Laste, refused to answer calls put through to his phone by this reporter to comment on the development.