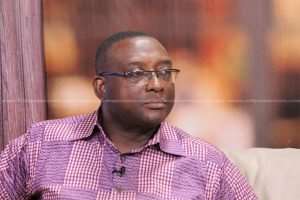 Communications Director of the New Patriotic Party, Yaw Buabeng Asamoah has indicated the preparedness of the Attorney General to begin prosecution of persons within this government and previous ones suspected to have engaged in some corrupt practices.

Speaking on Eyewitness News on Wednesday, the spokesperson of the governing party said contrary to claims that the government has not taken concrete steps in fighting corruption, the Attorney General has prepared several dockets of alleged corrupt persons who will soon be prosecuted.

He argued that the seeming slow pace of the prosecution is due to the fact that much effort is being put into building a solid case with hardcore evidence.

“In law you don’t go in half-baked, particularly corruption. You need to have watertight evidence. My information is that, there are several dockets ready to go. What I would love to see is the special prosecutor starting to take up some of these things because this is the vision.”

President Akufo Addo has on numerous occasions reiterated his pledge that the country’s laws on corruption will be applicable to all citizens irrespective of their political leanings.

In August 2017, Nana Addo Dankwa Akufo-Addo gave the security agencies a directive to investigate any official within his administration who will be accused of corruption.

The directive was part of his promise to run an incorruptible government.

President Akufo-Addo also stated that persons who made allegations of corruption against his officials should also be prepared to give evidence when called upon.

Although there have been several allegations of corruption against some of his appointees, none of them have been prosecuted as they have through various committees been cleared of any wrongdoing.

As part of measures to reinforce his commitment to the fight against corruption, Akufo-Addo this year appointed the country’s first ever special prosecutor to look into allegations of corruption

Mr. Amidu, a man who has earned the nickname ‘Citizen Vigilante’ for his no-nonsense stance and campaign against corruption particularly in the NDC administration, was named by President Akufo-Addo on January 11, 2018.

But he is yet to lead prosecution of any official.