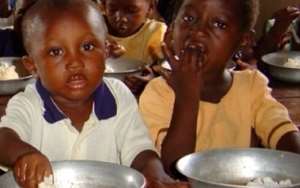 The Minister for Gender, Children and Social Protection has told teachers to stop complaining about the food they receive from caterers implementing the School Feeding Programme.

Cynthia Morrison said the caterers are only doing the teachers a favour because the programme covers only school children.

“There are a lot of teachers and we are expected to give them food. These teachers sometimes demand special preference, demanding meats and stuff, which is beyond what we are supposed to provide. Meanwhile, they’re not part of this feeding programme,” she said. 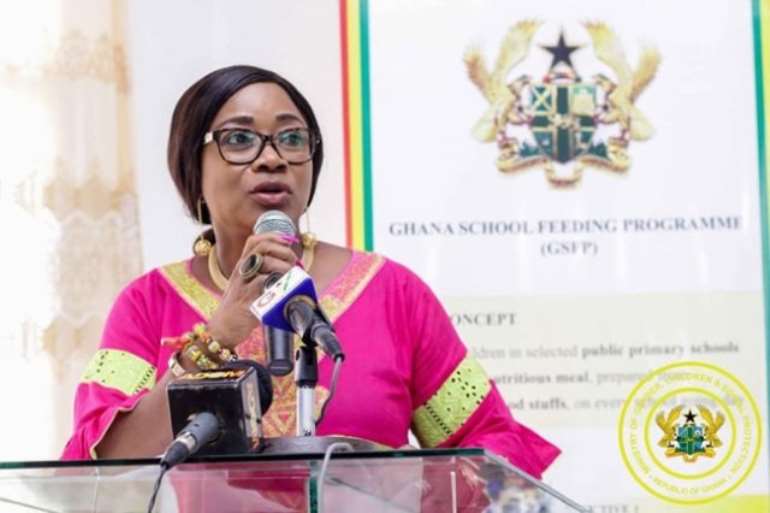 Photo: Cynthia Morrison is Gender Minister.
One of the caterers, Nana Kakyere Serwah, raising issues with persistent complaints from some teachers about the food served them said, “there are about 36 teachers in every school, which is equivalent to one full class of students. We hope the government will address this issue so that they will be content with the little we offer them.”

Reacting to the concerns of the caterers, the Ministers for Gender, Children and Social Protection said caterers feed teachers at an extra cost to themselves so the teachers should lower their expectations.

“If the caterers are giving them (teachers) food, then they (teachers) are only doing them a favour. They were not originally part of the concept. The food is supposed to be for the school children and so if they are partaking in it then they should take whatever is given to them,” the Minister told JoyNews in an interview.

The Gender Minister was speaking at a capacity building workshop in the Kwabre East municipality of the Ashanti Region.

Madam Morrison is also concerned about the tendency of a section of the public to paint a bad picture of the programme.

“Occasionally, you hear of bad food somewhere and the media carries it as if it is everywhere. And I’m glad you are here, go around and look at the food. But you know bad news sells, so with what we have seen today, spread the news that School Feeding is doing very well,” she urged journalists.

Storage facilities and hygienic kitchens also came up for discussion at the event.

A section of the public has complained about the unhygienic nature of some kitchens. Sometimes caterers have been compelled to cook in open spaces.

One of the caterers, Patience Owusu Amponsah, reemphasises the concern and laments over how they have to prefinance to build presentable kitchens or pay for clean water at their own cost.

“Getting a presentable kitchen is costly and we don’t have water facilities in many of the schools,” she said.

The Minister wants Ghanaians to complement government’s effort by building such facilities through communal labour.