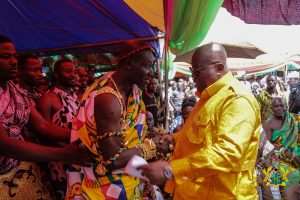 The Chief of Sankore, in the Ahafo Region, Nana Ogyedom Appiah Kubi Pabo Katakyie IV, has applauded the PresidentAkufo-Addo, for visiting Sankore “not by air but by road.”

According to the Chief of Sankore, “it is rare for a sitting President to defy the terrible conditions of our roads to be here with us. The President could have decided to end his tour in Goaso, but for his love and fervent regard for the people of Sankore, he decided to begin his tour of Ahafo here.”

Nana Ogyedom Appiah Kubi Pabo Katakyie IV made this known at a durbar held in honour of President Akufo-Addo, in Sankore, at the commencement of the President’s 2-day tour of the Ahafo Region on Friday. 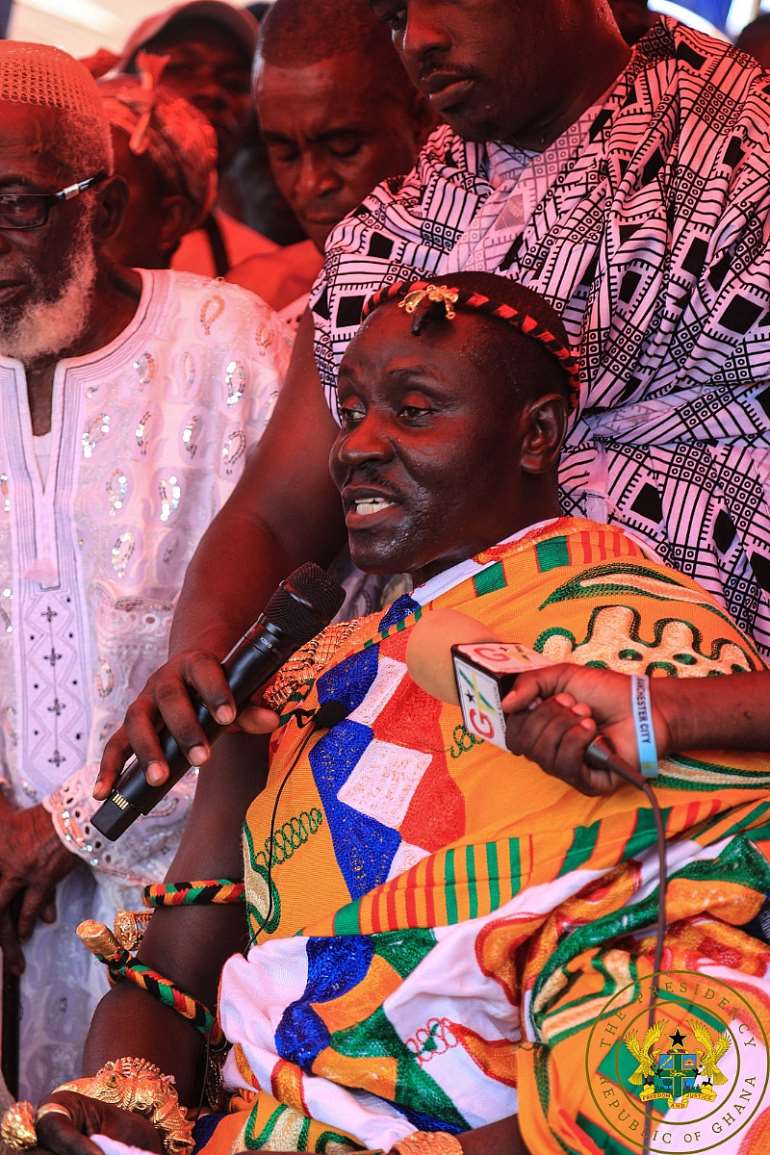 In his remarks, the Sankore Chief told the President that “You have done a lot in only two years. We have heard and have seen. Even if we are blind, we are not deaf. Continue on this path.”

He assured President Akufo-Addo that “the Chiefs and people of Sankore are solidly behind you on whatever you will do to ensure progress and development for Ghana. Pay no heed to petty gossip. It takes courage to run a government, and you have it. Sankore is behind you.”

He expressed the gratitude of the people to President Akufo-Addo for creating a new region for them.

“We said we wanted our own region, we had knocked on all doors, sent petitions to wherever it is required, way before I was born. But President came, checked the books and agreed with us that, indeed, we needed our own region. Only Akufo-Addo will do this for us. We are grateful,” he added. 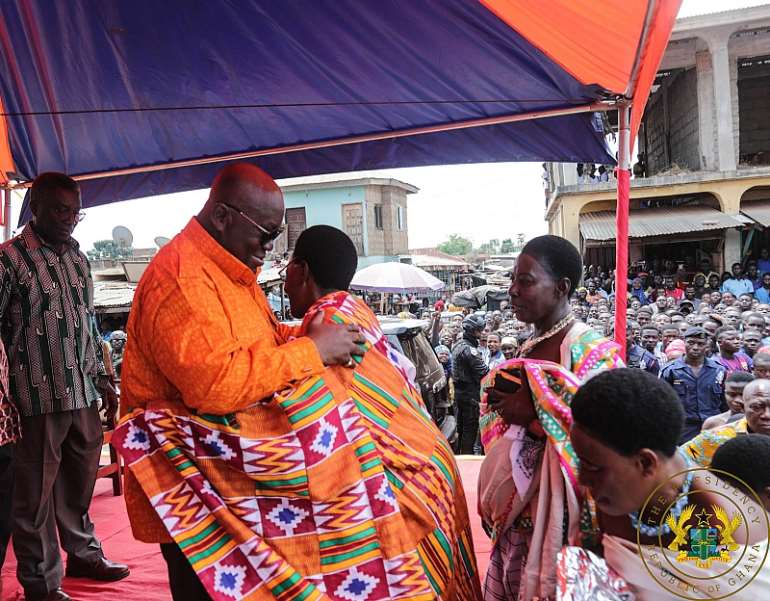 With Sankore having produced seven of the nation’s best cocoa farmers over the years, the Sankore Chief deplored the terrible nature of the road network, stressing that if the roads, especially those for the transportation of cocoa, are fixed, “I can guarantee that no matter the number of years you wish to be President, we will help you to achieve that.”