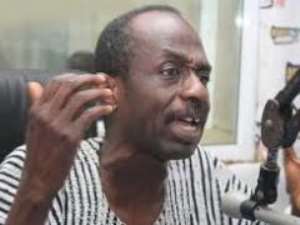 Following the announcement by the government that the concession deal has been suspended over “serious breaches”, members of the minority have called for an audit into the shareholding structure of the local partners in the PDS deal.

He explained that the deal was “cooked” for cronies of the New Patriotic Party (NPP) just to milk the state.

“President Akufo Addo must concentrate on solving the PDS deal, he is always not saying the truth to Ghanaians the whole PDS deal is about his family trying to create, loot, and share from the state coffer,” Asiedu Nketia exclusively Kwame Tutu on Anopa Nkomo on Accra based Kingdom FM 107.7

Mr. Asiedu Nketia said the process, which commenced under the NDC was very transparent and competitive manner culminated in the selection of six companies that were pre-qualified both through the RFQ stage and at the RFP stage.

Meanwhile, ECG which was given the mandate to manage power distribution in the country following the suspension of the PDS contract has given back several of the roles to PDS despite the suspension announced by the state and backed by President Akufo-Addo.