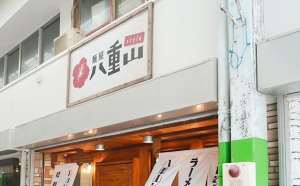 Japanese tourists’ manners have been becoming progressively worse year by year, and so we will not be allowing Japanese customers to dine at our restaurant until after September.

We will only be accepting overseas customers, and we apologize to local Japanese and customers who have eaten here every year, and also ask for their cooperation.

We are currently thinking to resume regular service from October.

Akio Arima’s drastic decision has sparked a lot of controversy in Japan, but the restaurant owner feels it was justified by the rude conduct of his countrymen, who simply refuse to obey the rules of his restaurant. In contrast, he has never had any problems with foreign patrons, so he would rather just serve them instead.

SoraNews24 reports that because Yaeyama Style is a small place, with only around a dozen available seats, Arima asks his customers to order at least a bowl of ramen each. Despite putting up signs with the requirement all over the restaurant, some Japanese customers still insisted to split a bowl between two people. Others brought food and drinks from outside to consume inside his venue, or bring their babies and toddlers, which Yaeyama Style does not allow. Sick of putting up with their rudeness, the owner decided to simply ban all Japanese customers.

“Japanese people think ‘The customer is God’, any people are aggravated by the poor manners of tourists, so I think my actions are justified,” Arima said. “I don’t have any customers. Yesterday, only two came. And as I expected, a lot of people have complained to me about the new rule. It’s tough from an economic standpoint, but I’m going to stick with it for now, and take some time to relax and clean the restaurant.”

The 42-year-old entrepreneur continues to enforce his rule, only allowing foreign customers into Yaeyama Style, but admits that his decision may have been to drastic. Although he has only had problems with fellow Japanese, he admits that they are not all bad, so he is considering allowing some of them to eat at his restaurant on a membership basis. This way he can be rest assured that his patrons follow the proper etiquette.

It’s unclear whether Arima plans to implement the membership program now or if he’ll wait until the general ban comes to an end in October.