The lives of commuters who ply the Awoshie-Pokuase high street are in danger over poor visibility at nights especially from the Ablekuma to Olebu stretch.

The drivers who often ply that road said even though there are street lights along that stretch, it is usually not safe to drive at night as a result of the street lights that have not been connected to power.

Construction of the Awoshie Pokuasi high street within the Ga – Central Municipal Assembly of the Greater Accra Region started in 2009. It was opened to traffic in 2015 however, the street lights along the Ablekuma­­-Olebu stretch has been rendered a white elephant.

According to residents of Ablekuma-Olebu, the situation which has been lingering for several years has recorded vehicular knockdown with four women paralysed.

In an interview with a resident, who gave her name as Madam Cynthia said, “sometimes when we are crossing the street, we turn to check well if there are any vehicle coming, but as you move to cross, we assume that the vehicle on the middle lane is probably on the outside lane, which frightens us a lot. Others are knocked down with the same situation.”

Another woman who spoke on condition of anonymity stated that, “because there are no street lights, it very disturbing and risky when coming from town late at night. We need to sleep at town and come back the next morning. Recently a lady was attacked by robbers who took all her belongings. Residents along side of the streets are all in fear.”

He added that the yet to be commissioned road which currently ends at Odumasi will be fully completed before the street lights can be connected.

“There are some places allocated for over pass so pedestrians will cross safely. Drivers and motorcyclists are not observing the driving rules very well. Sometimes you see a motor mike driving on an opposite direction, meanwhile a pedestrian is crossing. Also the barricade they use on the streets are outmoded ones, it could have helped reduced the rate of motor cyclist plying on the opposite direction of the street,” the Assembly Member intimated. 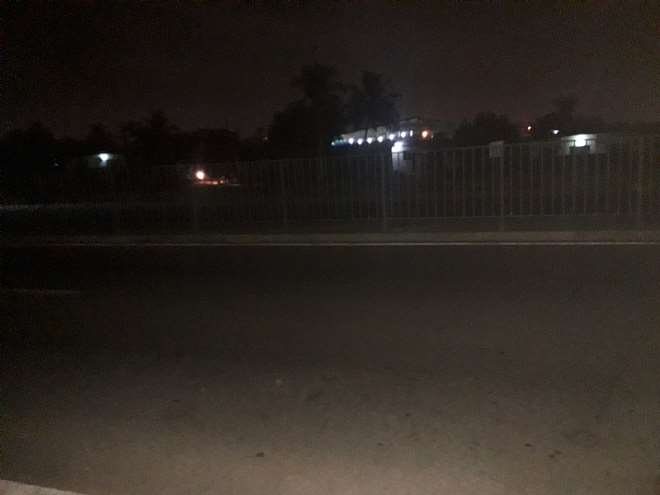