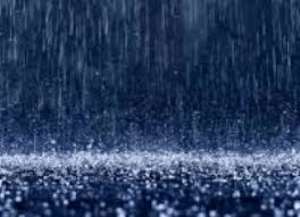 Yesterday morning’s rainfall within the Greater Accra Region, indicates the beginning of the peak of the major rainy season.

This means the Region and its surrounding areas would begin to experience frequent rainfall, at intervals that would typically not exceed four to five days.

‘We might have another down-pour over the weekend,’ said Mr. Tettey Portuphy, Head of the forecasting session of the Ghana Meteorological Agency (GMA) said to the Ghana News Agency in an interview.

He cautioned that all needed measures should be taken to ensure that flooding which often happened during heavy rains, was prevented or minimised.

Mr. Portuphy said whilst gutters and drains should be desilted to allow water to flow off freely , people living in flood prone areas should also move to safer grounds.

He said during the major rainy season in Accra, rains begun in April and peaked during the months of May and June, when they intensified and became more frequent.

Mr Portuphy said towns within the Eastern Region were experiencing rainfall every other day, adding that the same was happening within the Ashanti, Brong Ahafo and Western Regions.

There have so far been no reports of casualties following the morning’s down-pour.

Southern Ghana usually has two rainy seasons during the year consisting of a major and minor one, the Northern Region has one major rainy season.