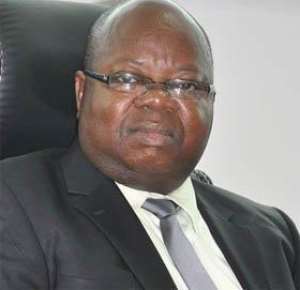 Dr John Kofi Mensah, Managing Director, adb Bank, has urged universities to produce more entrepreneurs to support the growth of the private sector in the country.

He said entrepreneurship was widely considered as the backbone of the private sector, thus, creating jobs and providing tax base for local government; as such the need for more entrepreneurs to catalyse economic development could not be overemphasised.

Dr Mensah made the appeal at the Ghana Technology University College’s (GTUC) 19th congregation on the theme: ‘Promoting Entrepreneurship and Business Growth in Ghana: The Role of Tertiary Education’.

Dr Mensah, who was the Guest Speaker, said it was not enough to receive formal education alone, graduands should acquire values such as honesty, team spirit, commitment and respect, adding that, ‘these are very important attributes to help you be the entrepreneurs our nation requires to foster business growth’.

He encouraged them to be multi-tasked and not to see achievements today as an end in itself, but a means to an end.

Dr Mensah cautioned graduands of the challenges ahead of them on their entrepreneurial journey; stating that, for their training to be meaningful, they must prepare to exhibit versatility and creativity, to take control of their own future and space.

Professor Isaac Abeku Blankson, Vice President of GTUC, also tasked graduands to challenge themselves in many ways to succeed and as well create their own start-up businesses by identifying the everyday needs and problems of society.

He said entrepreneurship was recognised as a critical economic development strategy for job and wealth creation; stating that, in recent times no nation or economy can ignore the contributions of tertiary education to the human capital development of its workforce.

‘As a graduate you have been equipped and empowered to be free thinkers. Do not limit yourself by being dependent on government to provide you with jobs’, he added.

Prof Blankson said GTUC products formed the core of trained individuals equipped with the capacity and analytical skills that drive the economy, support communities, lead effective governments and make important decisions that affect the country as a whole.

He further stated that, through GTUC’s collaborations and partnerships, the University had been able to introduce highly advanced and innovative educational technologies within the institution, implemented new educational models, and exchanged experiences as well as best practices.

Dr Emmanuel Newman, Head, Research Planning and Policy Development at National Council for Tertiary Education (NCTE), said GTUC had been keen to ensure that, as its graduates embarked on this remarkable journey, they are equipped with skills that will enable them succeed.

He said it was therefore, the desire of NCTE to see the formation of the GTUC Council and subsequently the passing of the GTU Bill, which would enable GTUC award its own degrees.

Dr Newman on behalf of NCTE pledged to continuously support the development and enhancement of the University College’s philosophy of imparting knowledge and impacting society.