As a way for people in authority at the local and national levels to interact with the citizenry, while duty bearers use the platform to inform their constituents about programmes and projects that were executed to improve their living conditions, the Prestea Huni-valley Municipal Assembly has held it second Town hall meeting at Aboso.

The meeting was heavily attended by deputy western regional minister, assembly members, heads of departments of the assembly, traditional leaders, religious leaders and residents of the Municipality 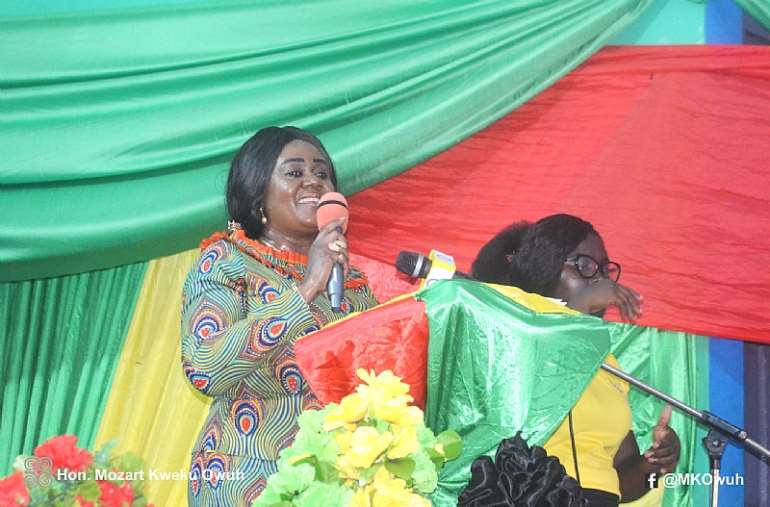 The Municipal Chief Executive, Mozart Kweku Owuh in his presentation on projects and programmes said it was the second Townhall Meeting organised in the municipality to outline the performance of government and aspirations of the people.

The MCE hinted that, work on the ultra modern Municipal Hospital in Bogoso that will serve the health needs of residents will begin soon and that, the assembly has initiated several projects within the Municipality and key amongst them is the construction of an ultra modern turnkey CHPS compound at Gyimakrom, Wassa Asikuma, Pieso, Broni Nkwanta and Bepoase.

A four-unit classroom block at Prestea Technical Senior High School and an ultra modern KG block at Petepom and 20-seater toilet facilities with mechanized borehole at different locations in the municipality are near completion.

Mozart Kwaku Owuh stated that the Assembly is receiving its share of the national cake through the assistance of the Member of Parliament and the Regional Minister, he emphasized that the assembly is working hard to address the needs of the people so that their living conditions would improve adding that feasibility studies by both the business promoter and the Consultant are being finalized on the government’s flagship 1 District 1 Factory programme, which will create more jobs for the teeming unemployed youth in the Municipality, he further disclosed that over 300 graduates were enrolled into various modules onto the Nation Builders Corps (NABCO) 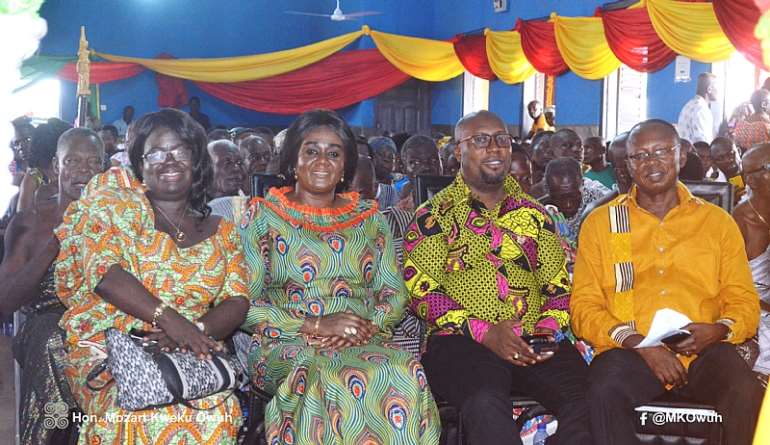 Another social intervention programme tailored at empowering women within the constituency know as the “Obaapa Micro Loan Scheme” which falls under the Wassa Hemaa Foundation will extend small loans and other basic financial services to women that do not currently have access to capital in the catchment area.

The Member of Parliament Hon. Barbara Oteng Gyasi made this known whiles she was speaking at the Townhall meeting on Friday, 23rd November, 2018.

She mentioned the completed rehabilitation works at the Aboso Health Centre, expansion of children’s ward at the Prestea Government hospital, provision of CHPS compound equipments, maternity beds with delivery kits and 2 motorbikes to the health directorate; she added that, the Municipal Health Insurance office in Bogoso will be operational soon.

The MP said “the Constructor will soon be on site to start the Prestea Inner City Roads captured in 2019 budget recently, Huni-Valley-Insu-Bogoso Road is going to be advertised for contract very soon, I am also in consultations with Golden Star that just as Goldfields Ghana have asphalted Tarkwa-Damang, they should follow that good example and help government construct the Bogoso – Prestea road and am of hope it will yield results”

In support of policies and programmes meant to improve education, Hon. Barbara Oteng Gyasi organised free vacation classes for all Senior High School students in the municipality, she presented furniture and 8-motorbikes to the education directorate to be given to all Circuit Supervisors in the Municipality, presented 1-Mathematical Set to every BECE Candidate, renovated the Science Laboratory at St Augustine’s SHS in Bogoso, ultra modern 3-unit classroom block at Awodua and 12-unit classroom block at Huni-valley SHS.

She further disclosed that, she has disbursed over GHc 10,000 to Students who have gained admission to Universities and other tertiary institutions and has provided 6 boreholes to 6 different communities in the municipal. 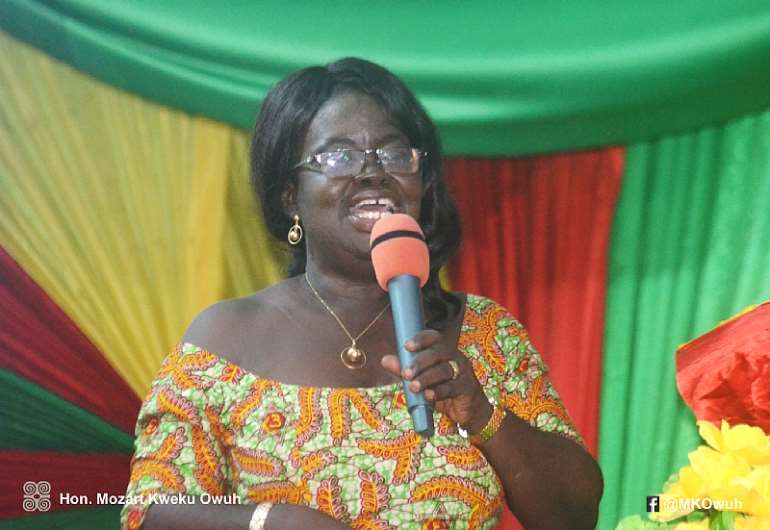 Mrs. Gifty Eugenia Kusi, the Deputy Western Region Minister called on the participants to feed the assembly with well-structured information that would aid in facilitating development programmes.

She said the relationship between the assembly and the electorate should not be a master-servant one but rather they must assist and mutually benefit each other.

She, therefore, urged the people to be patient with the government as it works to satisfy their needs and that every community in the Municipality and region would “get its fair share of the cake.”