President Nana Akufo-Addo has visited the Accra home of the late NPP MP Emmanuel Kyeremateng Agyarko who died Wednesday while seeking medical treatment in the US..

The President was joined by a host of his ministers and NPP national executives at the the Airport Hills residence in Accra Thursday morning. 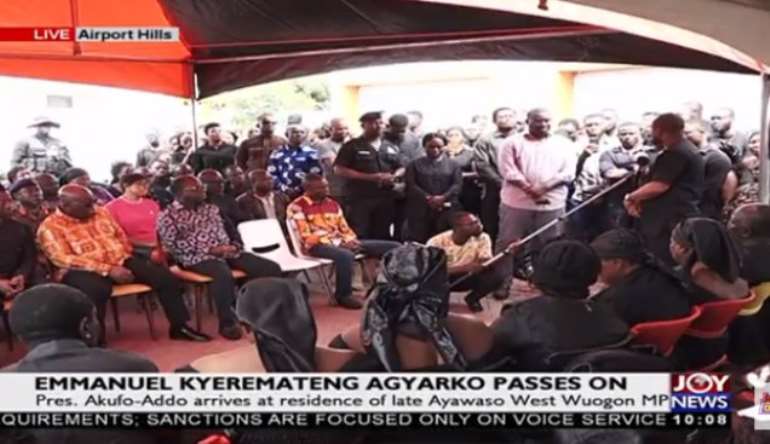 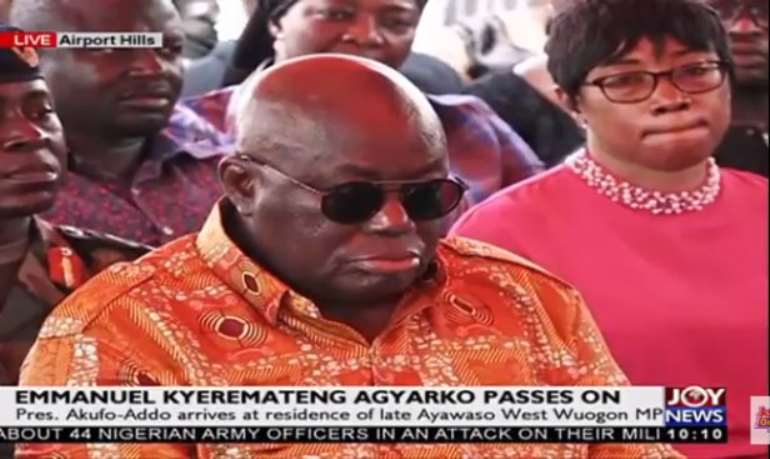 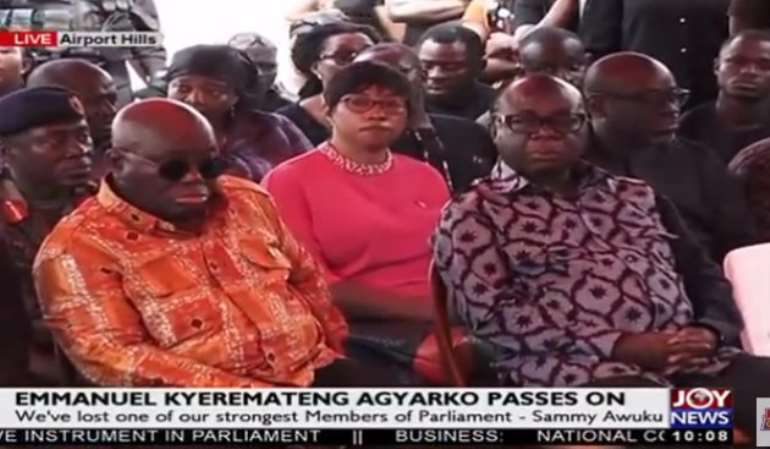 The President was scheduled to restart his national tour with the Eastern region where the late MP hails.

The indigene from Odumase Krobo in the Eastern region unsuccessfully contested for the Upper Manya Krobo in 2008 but lost.

But he would find political success in the Greater Accra region contesting and winning the Ayawaso West Wuogon constituency in 2012.

The 61-year-old won the seat even though the then-NPP Presidential candidate Akufo-Addo lost the popular vote in the area.

Speaking on behalf of the NPP delegation at the Airport Hills residence, NPP National Organiser recognized the late MP’s political prowess describing Emmanuel Agyarko as a pillar and “one of our strongest MPs.” 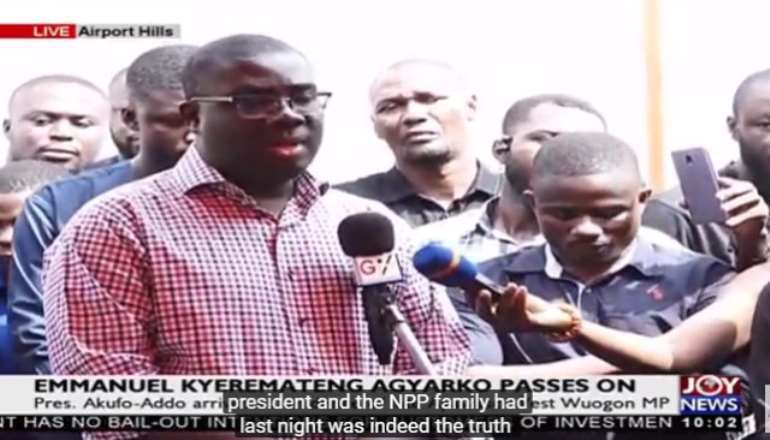 The late MP’s father was a founding member of the Danquah-Busia Dombo tradition, the ideological inspiration behind the New Patriotic Party.

Deputy Information Minister Pius Hadzie speaking on behalf of family explained, the affable MP had been sick for a “couple of weeks” and sought treatment at the Korle-Bu Teaching Hospital. 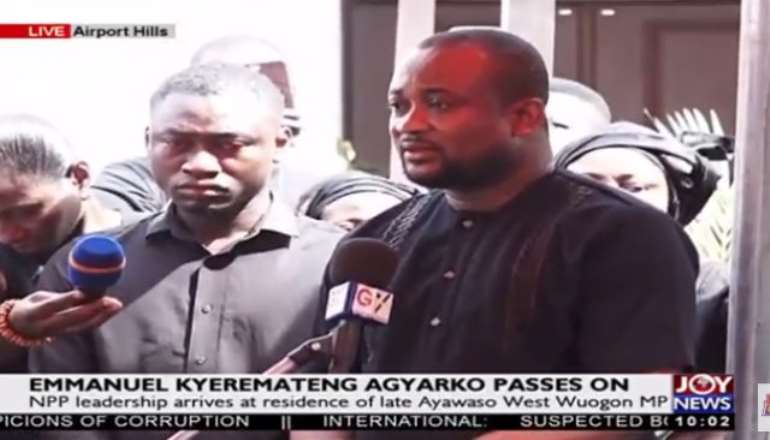 “He was doing well,” the Deputy Minister said, but the family recommended further medical treatment abroad.

He would not return alive as he passed at about 4pm Wednesday. 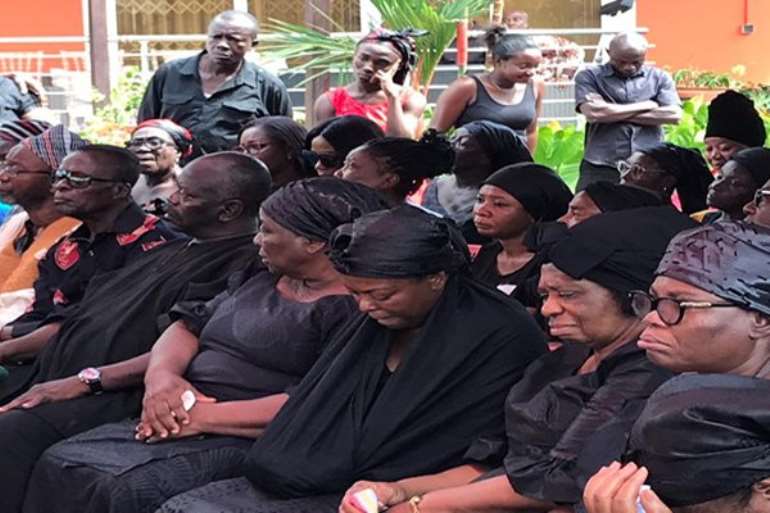 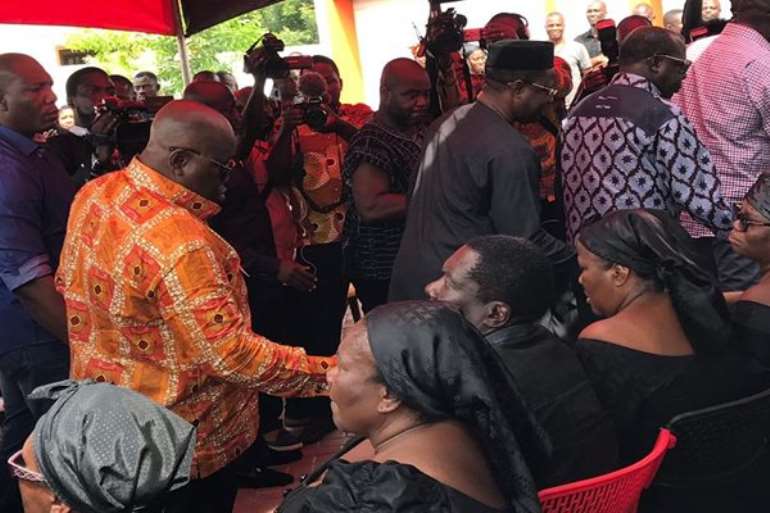 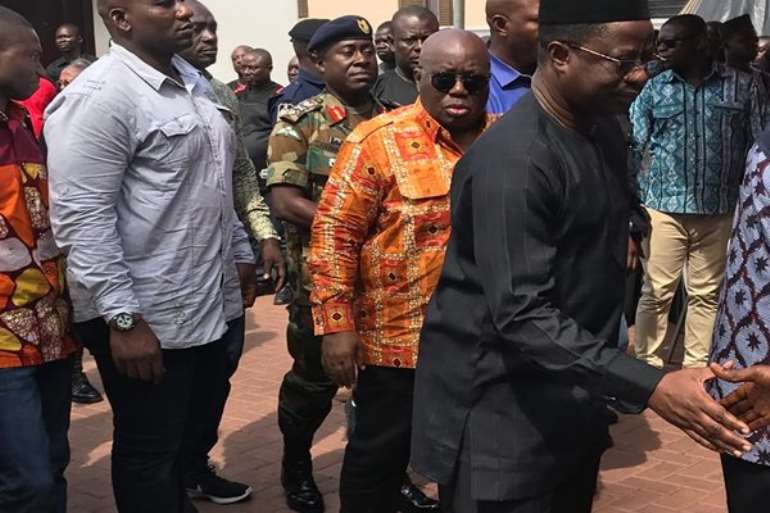