Sarah Fokuo, on 25th April, 2019 complained to the Domestic Violence and Victims Support Unit (DOVVSU) of the East Legon police that his husband, Ibrahim Jajah the Greater Accra Regional 1st Vice Chairman of the National Democratic Congress (NDC) has been issuing death threats to her through Hajia Mowa and Joseph Odartey without any provocation.

She further filed a suit at an Accra High Court Divorce and Matrimonial Division seeking for divorce and preservation of properties belonging to Ibrahim Jajah.

According to the police report dated 4th June, 2019 Sarah Fokuo was asked to produce her witnesses (Hajia Mowa and Joseph Odartey) for their statements to be taken to assist investigations.

The first witness, Hajia Mowa in her statement dated 29th May, 2019 said she has never set eyes on the complainant Sarah Fokuo before.

According to her, she has never spoken to Sarah Fokuo either by phone or face-to-face adding, “so all the complainant is saying is not true. I don’t know her.”

The second witness, Joseph Odartey, in his statement dated 27th May, 2019 also indicated that he knows the complainant Sarah Fokuo and her husband Ibrahim Jajah but has never spoken to Sarah Fokuo before.

He stressed that he does not even have Sarah Fokuo’s mobile number. “Somewhere in March this year I remember the complainant called and asked me that her husband said he will kill her and that Semanyhia told her that I said it. I told her its not true and I have never spoken to Semanyhia. He said rather he told her that he heard people saying Ibrahim Jajah said he will kill his wife at Kotobabi and I told him that I have heard something like that. But all is a lie. I have never said anything.”

Ibrahim Jajah, in response to the petition filed by Sarah Fokuo at an Accra the High Court dated 6th June, 2019, noted that his wife, Sarah Fokuo is making false allegation against him to unjustly keep him out of his house he built before marrying her.

Mr. Ibrahim Jajah has described as clear fabrication and falsehood perpetrated by his wife to undermine his political career and daint his image as a successful businessman.

Even though Sarah Fokuo is in court seeking some relief from the court, she is alleged to have side-stepped the court and reported the matter to the Flag Staff House, the seat of the NPP government to intervene on her behalf.

Find below the attachments: 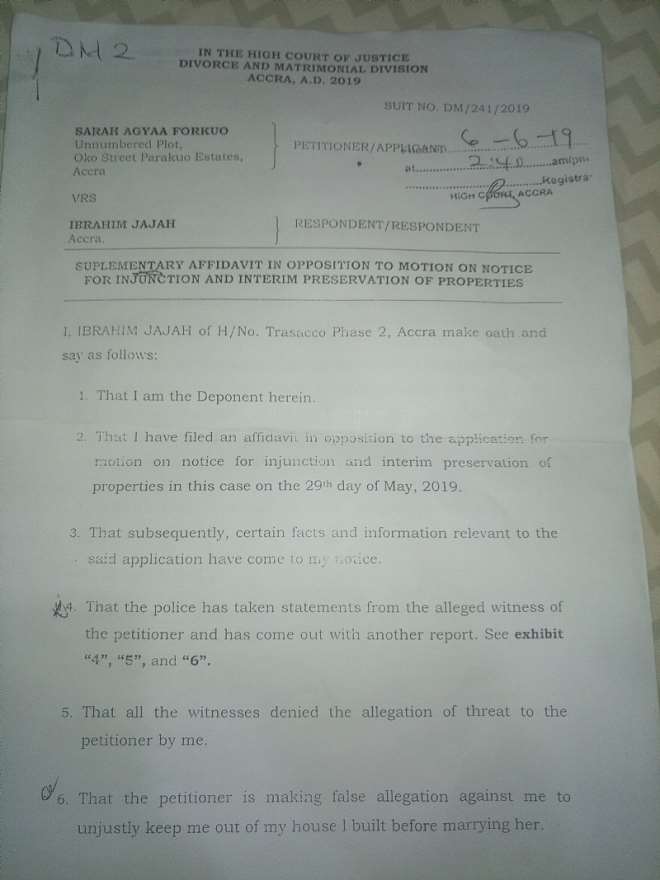 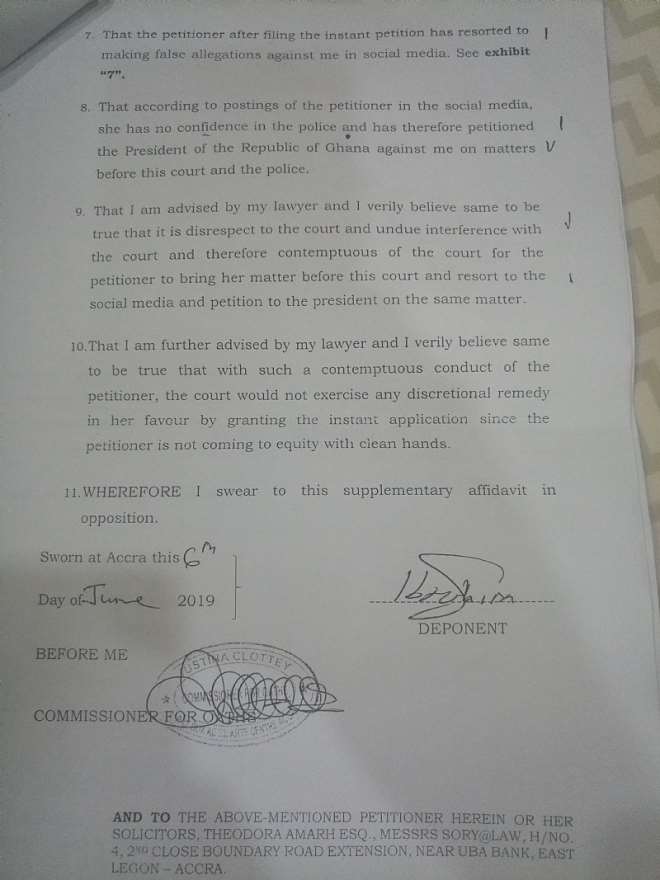 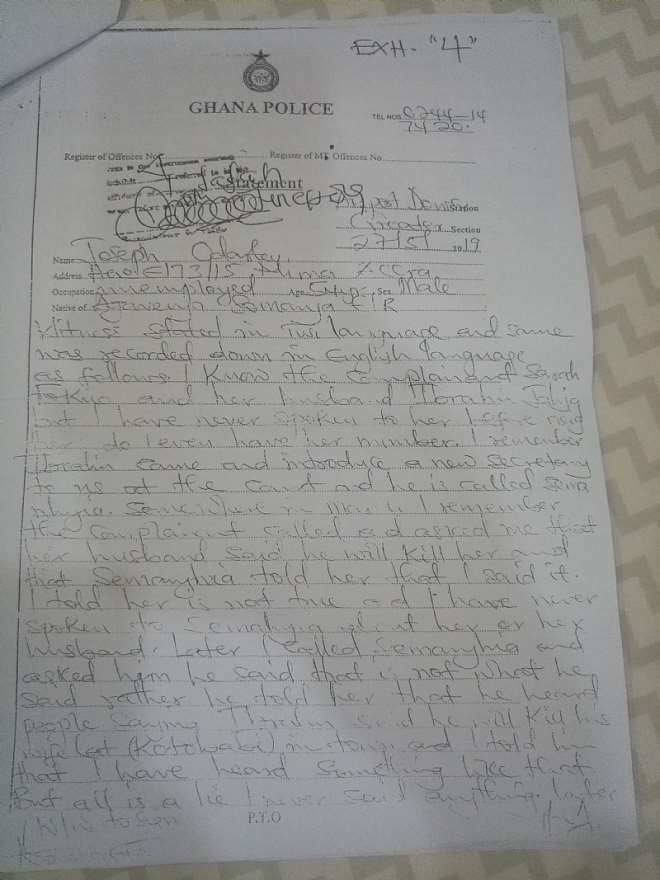 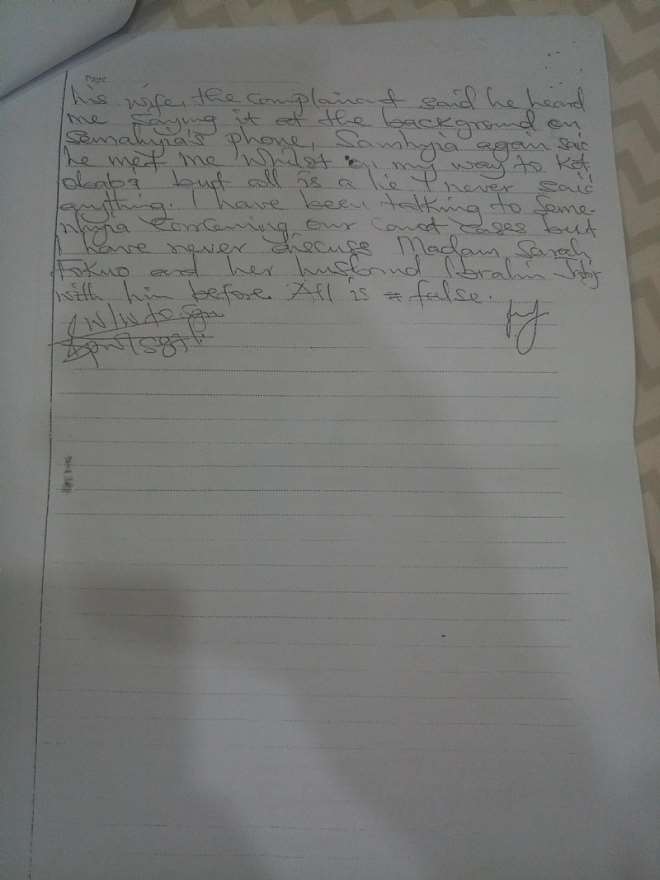 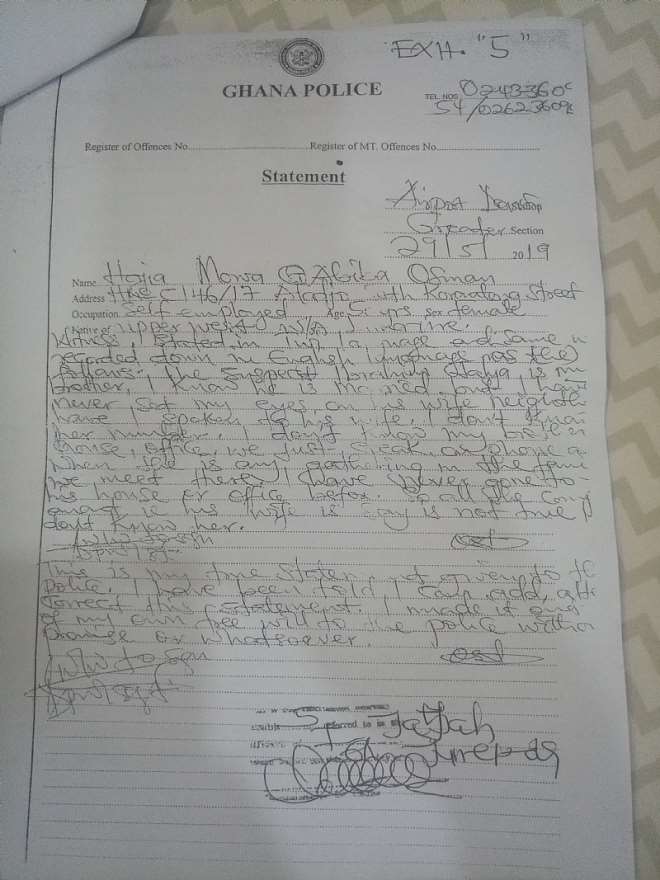 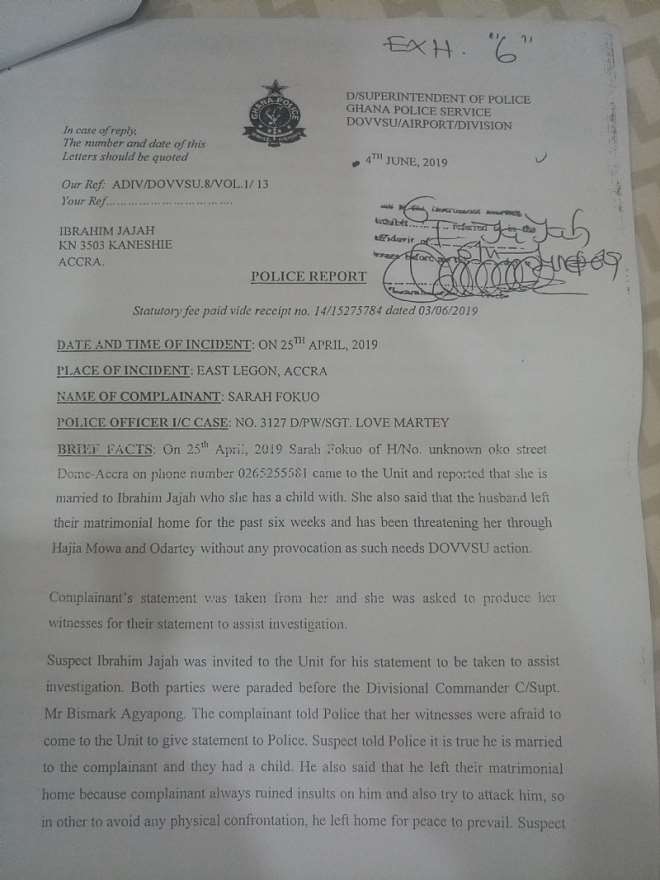 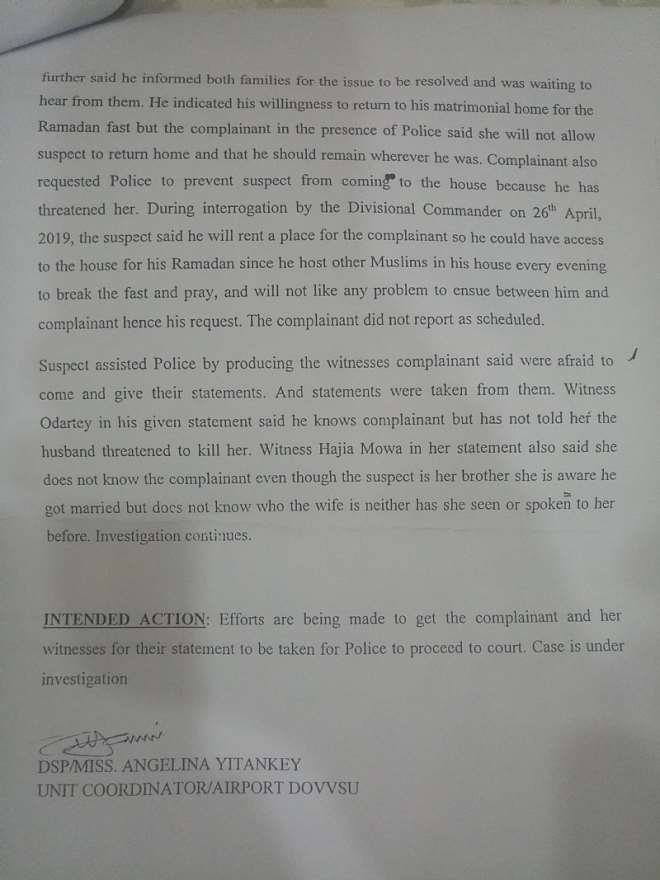