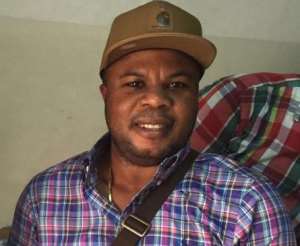 The Tema Regional Police, CID, are on the manhunt for a certain Mike Nana Prempeh, native of Kumasi, for allegedly defrauding a Ghanaian US resident, of US$180,000.

Armed with a Tema Circuit Court Warrant, the CID in their brief facts narrated that in 2018 the complainant, a certain Dr. Ernest Addo, sought to enter the gold business upon hearing about the suspect who was said to be already in the business and subsequently linked up with him.

The communication ended up with the complainant parting with US$180,000 being the cost of 10 kilograms of gold.

Although after making the payment, the delivery was supposed to be done within the shortest possible time, it was not done.

In June this year, the suspect asked the complainant to proceed to Ghana for collection of the gold. It turned out that the suspect did not have any gold to give to the complainant, something which became clear when he touched down in Ghana.

The facts continued that upon arrival the complainant went to the suspect’s house on several occasions, but could not meet him. Suspect’s phones were switched off as he went into hiding, the police brief facts indicated.

The complainant turned to the Tema Regional CID, to lodge a formal report. Police frantic efforts to locate the suspect have not yielded any dividend, as Prempeh continues to be out of reach.

The public is being encouraged by the Police to report the suspect’s whereabouts to the nearest police station.

The suspects is said to be about 45 years old and of medium build.

According to the police, he is fair complexioned and a bald headed man and was last seen wearing a pair of brown trousers and blue, white and pink shirt and could be hiding in Kumasi.