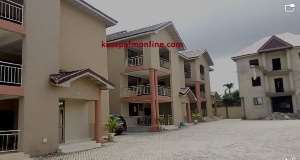 Ashanti Regional Police Command in conjunction with the Ghana Tourism Authority (GTA) has temporarily closed down the Ahodwo apartments where the two female Canadians were lodging before the abduction.

According to the police and official of the Tourism Authority, the apartment is not registered nor been licensed as a commercial property to rent out rooms to the public.

The police further grounded it’s reason for closing down the facility citing the hotel of breach of security for failing to provide duty post, security officer including installation of Close Circuit Television ( CCTV) cameras.

A reports from the region sighted by Modernghana, indicated that the Tourism Authority has pasted a notice of closure at the entrance of the facility, warning the general public not to patronise the hotel.

Officers of the Tourism Authority alleged that the apartment operated without meeting the legal requirement as provided under Legislative Instrument LI 2238 and 2239 for accommodation of food beverage and entertainment enterprises.

It is not clear when the facility would reopen but the Ashanti Regional Director of Ghana Tourism Authority, Theophilus Acheampong is said to have told media that the apartment is where the Canadian girls stayed.

The Hotel, he claimed has not registered with the Tourism Authority for license to operate as such and therefore it’s operations is deemed illegal.

The Regional Tourism Officer said they will continue the exercise to other facilities within the region to ensure that they have security safety system installed for clients.