Secretary to the Commission tasked with investigating the Ayawaso West Wuogon by-election violence, has allayed fears that perpetrators of the atrocities would go unpunished.

Dr. Ernest Kofi Abotsi explained on MultiTV/Joy FM’s Newsfile programme that the work of the Emile Short Commission is in no way a hurdle to criminal prosecution.

The former Dean of the GIMPA Law School said the police are at liberty to carry out their own investigations and prosecute those they find culpable even if such persons appear as witnesses before the committee. 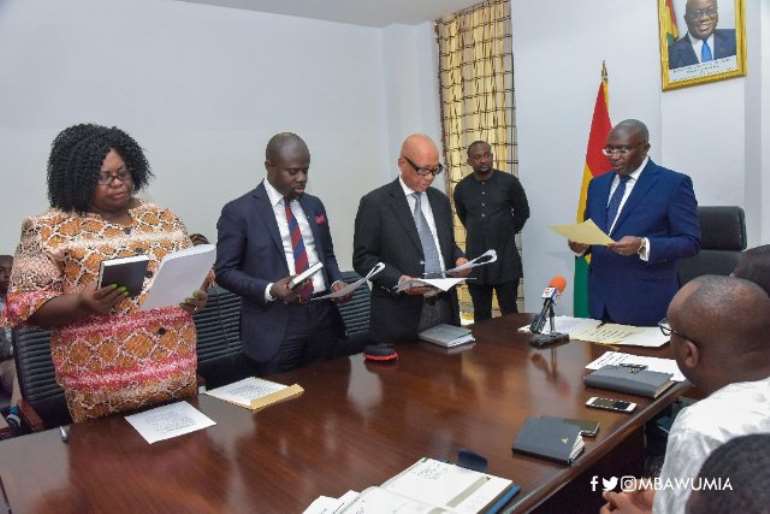 The commission was sworn in on Friday

“There is nothing in our law that says that when a commission of enquiry investigates a matter, that matter is completely precluded from becoming the subject of a criminal proceeding,” he stated.

He explained that what the courts have said is when a person appears as a witness before the commission, a piece of evidence he has given cannot be used in court to prosecute him but the police can prosecute the person with evidence they have on him/her per their own investigations.

His observations come in reaction to claims by opposition elements that the commission is a smokescreen to indemnify the perpetrators of the January 31 disturbances.

But Dr. Abotsi said the work of the Commission even goes beyond regular instances of criminality.

“We are dealing with major issues of structural dysfunction, we will be dealing with intuitional coordination, security agencies, and their alignment. We will also be dealing with issues that there may have been abuse of certain constitutional bodies,” he stated.

Meanwhile, the Short Commission has been given a month to do its job.

The Director of the Faculty of Academic Affairs and Research (FAAR) at the Kofi Annan International Peacekeeping and Training Centre (KAIPTC), Dr. Kwesi Aning has described the tenure as horribly short.

He says the amount of work they have to do within the period is a lot and added that he hopes they would be furnished with the resources they need.