A young passenger trying to get some fresh air on a crowded plane at Myanyang Airport, in China’s Sichuan Province, ended up accidentally opening the aircraft’s emergency hatch and triggering the inflatable escape slide.

Most passengers consider the flight crew’s instructions before a takeoff to be pointless, but this story is a clear example of why you should pay attention, especially if it’s your first time flying.

The 25-year-old man, known only by his surname, Chen, was waiting to leave the plane after touching down on Myanyang airport, when he decided that letting in some fresh air into the stuffy plane would do everyone good. So he pushed and turned the lever of what he claims he thought was a window, only to see a whole section of the fuselage pop out right in front of his eyes.

“Because it was so stuffy, so hot on the plane, I just pushed down on the window handle beside me. When the door fell out, I panicked,” Chen reportedly told Thepaper.cn. 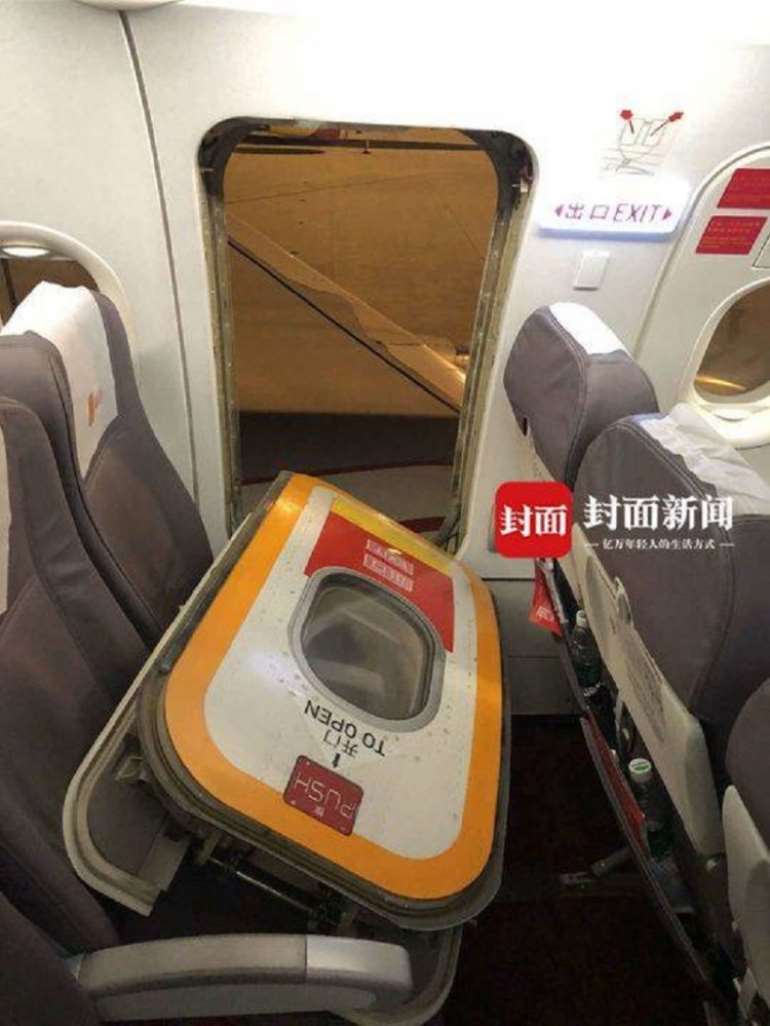 After calming down passengers, some of which panicked after seeing the hatch pop out and the emergency slide inflating on the side of the plane, the flight crew called the police. Chen was 15 days for the unauthorized removal of aviation facilities and slapped with a 70,000 yuan ($11,000) fine which should go to covering the unnamed airline’s costs.

Airline officials said that they will be working with police on the ongoing investigation of the incident, adding that the flight crew had gone through the usual safety and emergency instructions before takeoff. They specifically mentioned and pointed towards the emergency hatches on the sides of the plane, so it’s pretty clear that the man wasn’t paying any attention. Still, the hatches and their levers are clearly marked with red, so it’s unclear how he could have mistaken them for windows.

To make matters worse, with China’s social credit system almost in full effect, Chen may be put on a travel blacklist for his foolish actions.