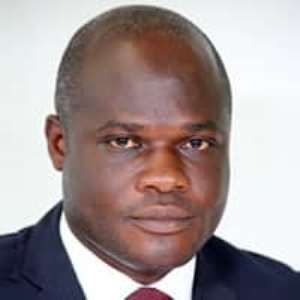 According to him, regulatory impact assessments on bills passed into laws by Parliament would help contribute to better policy making and reduce costs to businesses in the country.

Mr Ahmed made this call during an interview with members of the Parliamentary Press Corp in Accra, Friday, April 26.

Meanwhile, Speaker of Parliament has issued notice, recalling members of the House to report to Parliament on Monday 29th April, for urgent Bills.

The House is will consider some bills including the Company Bill, the Anti-Vigilantism Bill, among others, but Ahmed said, parliament may not get quorum to transact the one week business because most MPs have gone to their respective constituencies.

Citing several laws passed recently by the House including the Excise Tax Stamp Act 2018, Income Tax Act (Amendment) 2018, Luxury Vehicle Levy Act, 2018, and others, the Deputy Minority Chief Whip said, those laws did not help in achieving the purpose they were enacted.

Many experts argued that, in deciding whether to regulate and how much, government and its agencies need to strike the right balance between protecting the citizen and limiting the impact on those being regulated, especially small businesses.

Regulatory impact assessment is a standard method of measuring costs of legislation at all levels of governance.

This, Mr Ahmed argued, ” its good to make laws to regulate our businesses but it is another thing to evaluate how those laws are contributing to the economy.”

“As we speak, many small to medium scale businesses are collapsing. The Excise Tax Stamp law, which required every company to have the tax stamp on its product, is increasing production cost and without it, you cannot sell what you produce. So companies have products in their warehouses rotting because of tax stamp,” Mr Ahmed stated.

He continued, “the Luxury Vehicle Levy is also affecting car dealers, many cannot import vehicles and even those they imported before the law, they could not sell, so when go round the country, most car garages are closed down because of these tax laws we passed as Parliament without taking regulatory impact assessment.”

The Minority MP chided government for introducing several laws without taking a look at the impact on the economy, pointing out that, “When you look at the number of bills passed by parliament under the seventh parliaments, it is the highest ever number of Bills passed under the 4th Republic.”

Currently, he said Cashew production has also gone down as a result of the bad policies being introduced by government.

According to him, Parliament must move beyond making laws by ensuring regulatory impact assessment on laws and policies enacted on companies, businesses and industries.

The MP emphasised that Parliament should not only be interested in passing laws but take interest in evaluating the success of those laws and their impact on the economy.