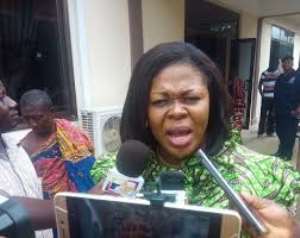 Parliament has voted to approve the nomination of the Bono Regional Minister-designate, Evelyn Kumi Richardson after Minority rejection.

125 of the Members of Parliament voted to endorse her approval while 85 voted against her.

The Minority MPs in Parliament earlier pushed for the nomination of Mrs. Kumi-Richardson to be rejected by the House.

According to a report presented to the House by the Appointments Committee, her approval was only supported by the Majority.

The Appointments Committee of Parliament earlier withheld Mrs. Kumi-Richardson’s approval because her nomination was under contention.

Minority MPs raised questions about the academic qualifications of Mrs. Kumi-Richardson who was the Municipal Chief Executive for Sunyani.

Her human relations, some travels she undertook as MCE were some of the issues that the Minority raised during her appearance before the committee.

The Minority Leader, Haruna Iddrisu insisted that Evelyn Kumi-Richardson must provide further information on audit queries and land issues under her purview as Sunyani MCE.

“The onus is not on us as the appointments committee. The onus is on her to provide further and better particulars to answers on questions on an audit query and matters related to land.”

Mrs. Kumi-Richardson was one of four nominees vetted in the second batch by the Appointments Committee.

All other nominees for the various Ministerial and deputy ministerial roles had already been approved by the House.