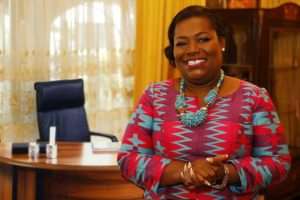 Former Minister for Gender, Children and Social Protection, Nana Oye Lithur is unenthused about the wide circulation of a divorce petition filed by her husband, lawyer Tony Lithur .

In a statement issued on Wednesday, she described as ‘unfortunate’ the circulation of matters concerning her divorce in public.

“It is unfortunate that a private family matter should now become a subject of public discussion.”

Documents of lawyer Tony Lithur’s petition for divorce with Nana Oye Lithur leaked on Tuesday evening, sparking a lot of social media discussions over the possible reason for the breakup in the relationship.

Several tabloids suggested that Tony Lithur had initiated the divorce proceedings because has been suffering physical abuse from Nana Oye Lithur.

But a statement from Nana Oye Lithur on Wednesday said the allegations were untrue.

“Everyone who knows me, and everything I stand for will known that the unfortunate allegations against me cannot be true,” the statement said.

“I have a firm belief in the legal system and in God Almighty to vindicate the truth,” the statement added.

She said the situation is a trying time for her family and called for prayers for the couple’s children.

“There is no doubt that these are trying times for my family; and I would like to count on your prayers, especially for our children,” she said.

Meanwhile, Tony Lithur in an earlier statement confirmed the leaked document but urged the public to accord him some privacy to deal with the matter.

Read the full statement below: 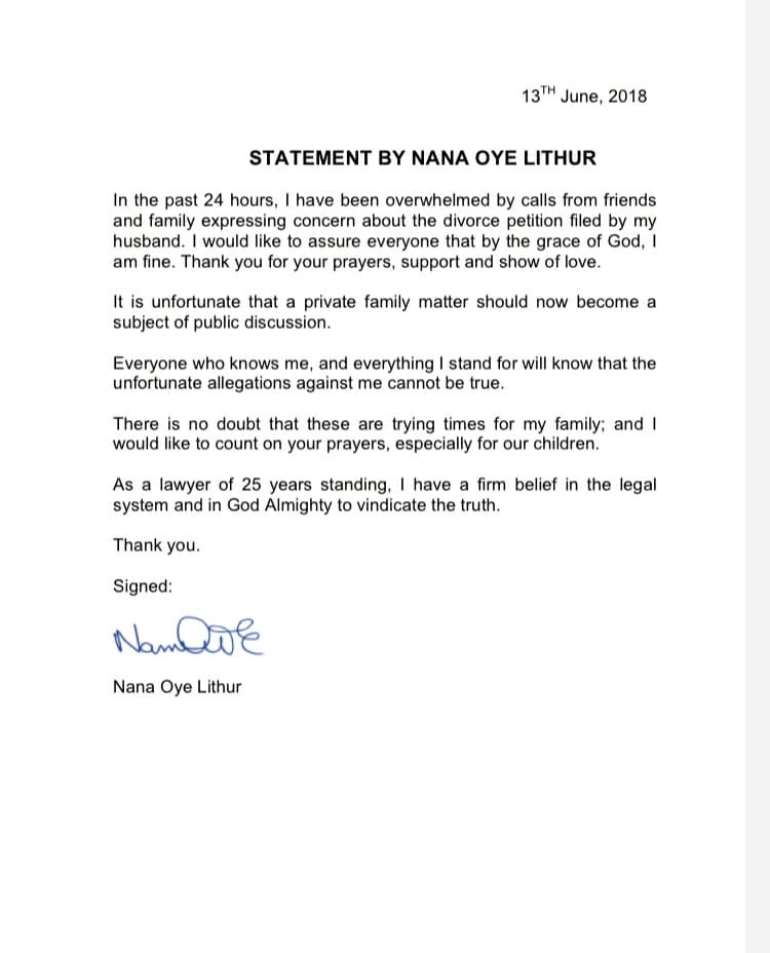 The statement sighted by citinewsroom.com said;

“My attention has been drawn to the publication on social media of the docket copy of a Petition for divorce I have filed against Nana Oye Lithur at the Divorce and Matrimonial Division of the High Court, Accra and some pictures of us…” 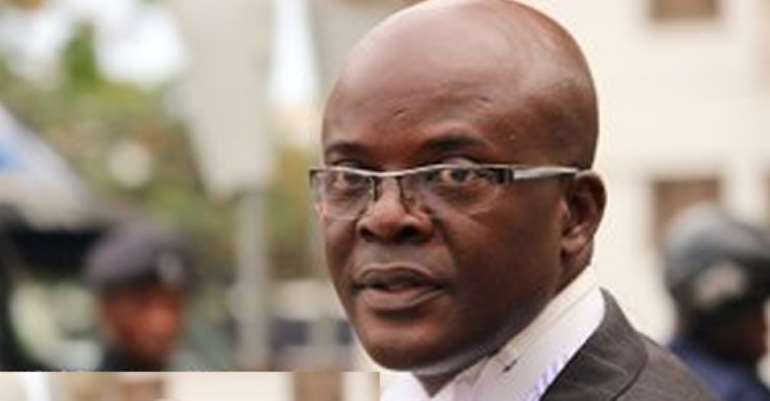 Tony Lithur
“While acknowledging the existence of the filed petition, I would like to say that the process is an emotional and difficult one for us, and our children….I therefore very respectfully and humbly, ask the general public to kindly give us, our children and loved ones some privacy to deal quietly with this painful stage of our lives”