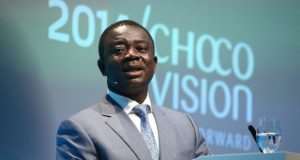 Lawyers for former Chief Executive of COCOBOD Stephen Opuni have accused the Economic and Organised Crime Office (EOCO) of abuse of power, following the freezing of his accounts.

According to the lawyers led by Samuel Cudjoe, the investigation body’s move to refreeze the bank accounts of Mr.Opuni after an order of the court for its release is a disrespect of the courts and contrary to section 40 of the EOCO act.

Arguing in court in an application for the release of the accounts, Mr Opuni’s lawyers told official of EOCO to stop behaving like monsters and harassing the client.

Reacting to the arguments by Mr Opuni, lawyers for EOCO dismissed the allegations levelled against them and insisted the law allowed it to freeze the account.

Steven Opuni applied to the High Court seeking an order for the release of his accounts.

This application follows a new order obtained to have the accounts of Steven Opuni frozen, hours after the same court had ordered for the release of the accounts.

Background
The former COCOBOD CEO and Siedu Agongo who is the CEO of Zeera Group of Companies and Agricult Ghana, are facing 27 charges including willfully causing financial loss to the state in a fertiliser contract worth over GH¢43 million.

The state argues that Dr Opuni misled the Public Procurement Authority to approve single-source contracts for Seidu Agongo and Agricult to provide fertilisers at a different cost.

The prosecution further said investigations established that Seidu Agongo deposited an amount of GHc25,000 into the account of Dr Opuni to influence the award of contracts.

It has also been established that between 2014 and 2016, contrary to law, Seidu Agongo and Agricult manufactured fertiliser in commercial quantities when it had not been registered by the Ministry for Food and Agriculture.

At the first hearing of the case, Dr Opuni pleaded not guilty to all the charges levelled against him.