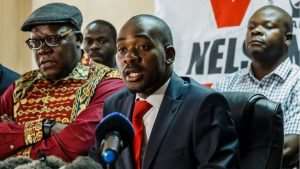 Nelson Chamisa said he had a “legitimate claim” to lead the country and would lead peaceful protests.

His MDC Alliance party has alleged fraud, but on Friday the constitutional court said it had no evidence.

It was Zimbabwe’s first election since long-time leader Robert Mugabe was ousted from power last year.

Two days after the vote, at least six people were killed in clashes between the army and MDC Alliance supporters, who alleged that party leader Nelson Chamisa had been robbed of victory.

“The court’s decision is not the people’s decision,” Mr Chamisa told reporters in the capital Harare.

“The legal door is not the only door to happiness. Using our constitutional right, we have a right to peaceful protests. This is the route we will take. One of them,” he added.

After the ruling, Mr Mnangagwa, who is from the Zanu-PF party of Mr Mugabe, called for “peace and unity”.

“Nelson Chamisa, my door is open and my arms are outstretched, we are one nation, and we must put our nation first,” he tweeted. 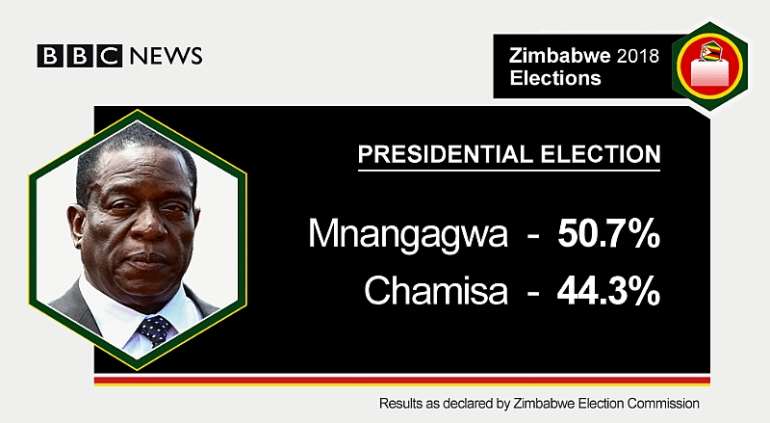 Mr Mnangagwa narrowly avoided a second-round run-off when he took 50.7% of the vote.

The opposition alleged that his vote share – which was just 30,000 more votes than the minimum needed for outright victory – was suspicious.

After the verdict the EU urged all parties to “call for calm and restraint” while the US called for the parties to respect the “constitution and the rule of law.”

International election observers, who were allowed into Zimbabwe for the first time in 16 years, largely praised the conduct of the polls.

However, European Union observers were more cautious, stating that all parties should accept the verdict but also suggesting that President Mnangagwa had benefited from an “un-level playing field”.