Personnel for Operation Vanguard in the Eastern Region on Sunday conducted a search operation in the Kibi Zongo township which resulted in the arrest of some 20 suspected illegal miners.

The suspects who are made up of 15 Nigerians, a Bissau Guinean and four Ghanaians have been handed over to the New Abirim district police for further action.

These illegal miners are still receiving assistance from some locals in their operations.

The taskforce will, however, continue to sensitize the public against offering assistance to these ‘galamseyers’ in light of the amendment to the Mining Acts which stipulates stiffer punishments for those who aid and abet them. 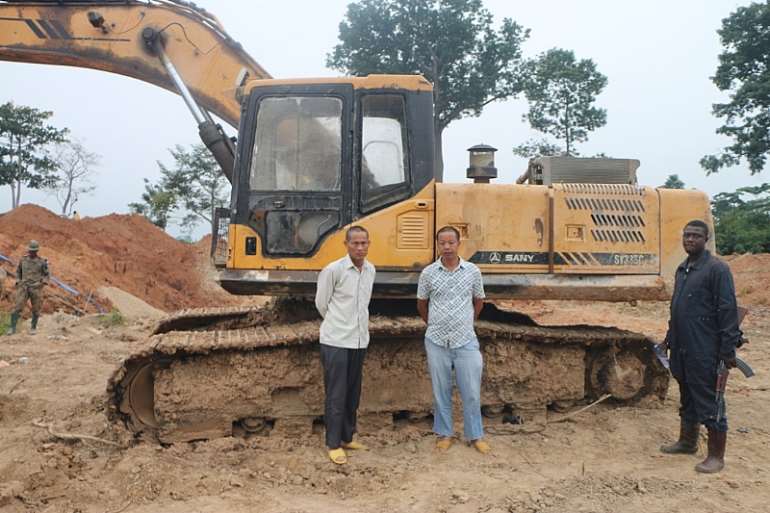 Other operations
Within the past week, the taskforce conducted several other operations in the Western, Central and Ashanti Regions.

In the Western Region, patrols in the Wassa Akropong and Nzema East Districts resulted in the arrests of 9 locals suspected of mining illegally at Gyapa and Avrebo. 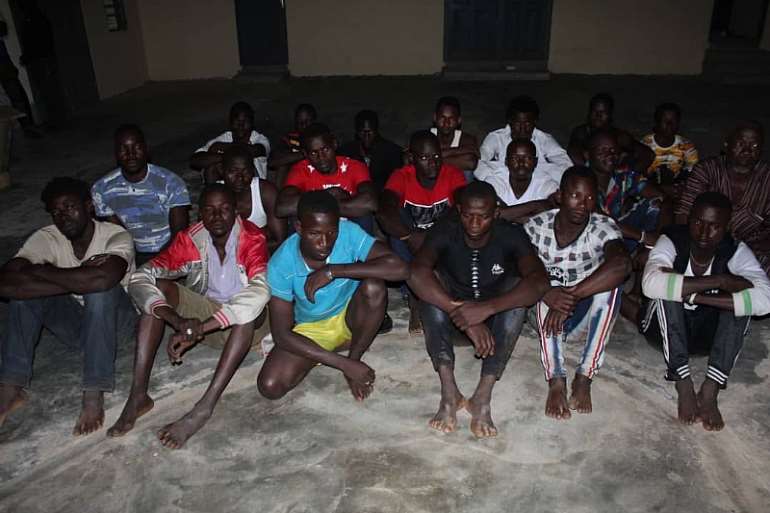 All the suspects were handed over to various District police stations for further action.

Additionally, a total of 108 Changfan machines were immobilized over the same period.