OneGhana Movement, a Not-for-Profit organization has launched a dustbin project as part of efforts to effectively manage waste and beautify Accra dubbed, “Adopt-A-Bin.”

Available records from the city authority, Accra Metropolitan Assembly (AMA) indicated that out of the over 2,500 tons of waste generated daily, only 1,125 tons representing 45 percent is collected. The remaining 55 per cent, mainly plastics, remain in the system. Arithmetically, about 501,875 tons of plastics are produced annually. Where do they go? 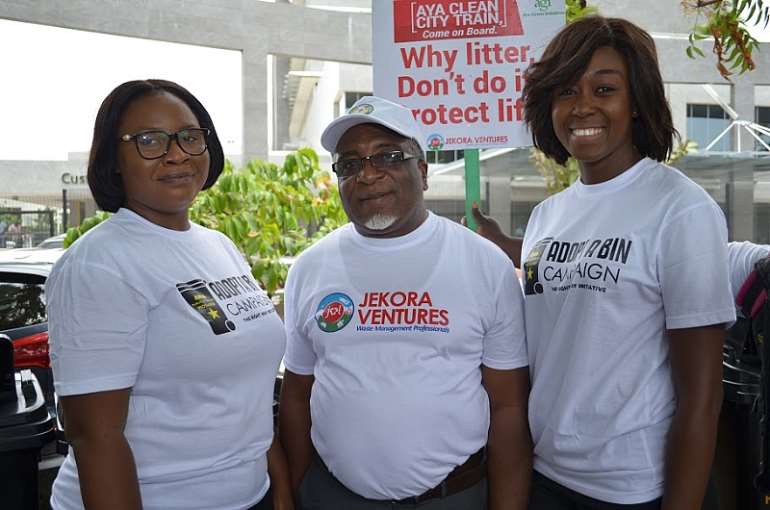 But beyond the rhetoric, the Movement is poised to change the narrative by placing dustbins at strategic locations in parts of the city to stop littering. 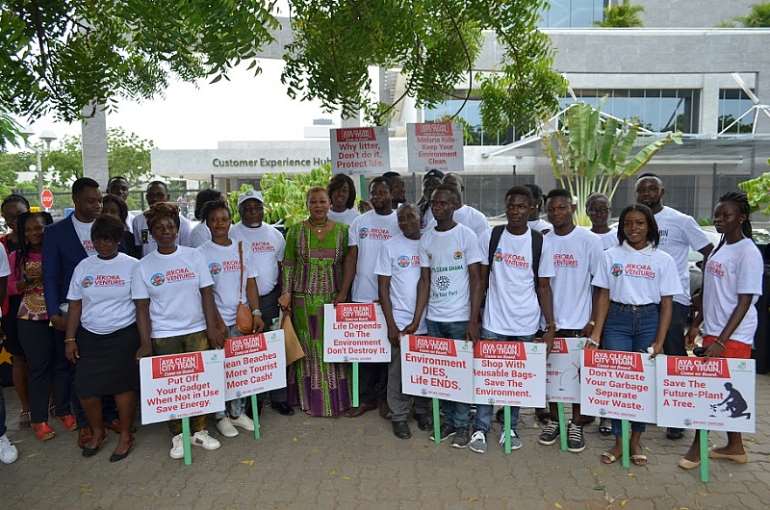 Taking the bull by the horn, OneGhana Movement in collaboration with the Accra Metropolitan Assembly (AMA) has deployed 40 bins to certain locations on the Independence Avenue from Ako-Adjei Interchange to Ridge Roundabout, Castle Road coming to State House and Ministries Traffic Light to the Stadium Traffic Light. 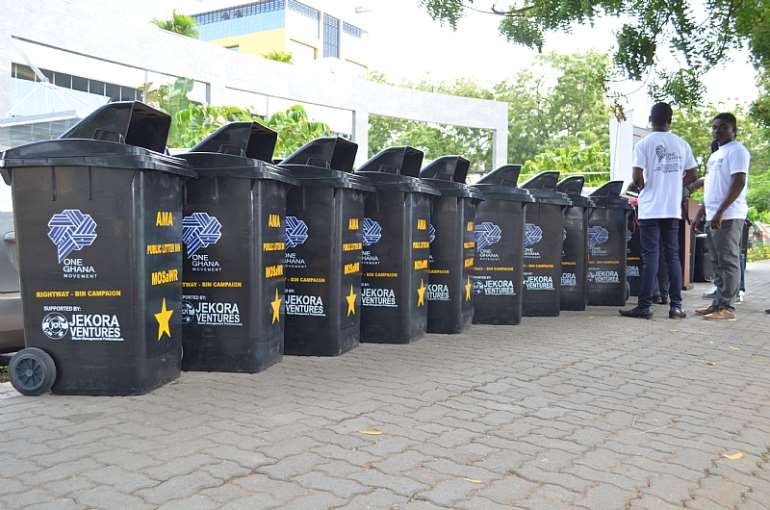 Speaking at the official launch of the campaign, Deputy Minister for Sanitation and Water Resources, Michael Gyato said littering constitute one of the major environmental nuisances practiced by majority of the general public with impunity.

The sector minister noted that this act of indiscipline contributes massively to the unsightly nature of our environment.

According to him, there is no doubt that the poor attitude of the people towards sanitation is one of the biggest challenges we have as a country.

Hon. Michael Gyato indicated available record points to the fact that this phenomenon is responsible for a significant number of the top ten OPD cases in our hospitals and health centers such as malaria, typhoid, Cholera, worm infections and many others.

He added that this obviously is not a good sanitation for a country to boast of in view of the fact that it paints a bad picture but also because it leads to spending so much money on diseases that could easily be prevented.

“It is on this basis that the onus lies on us to develop innovative strategies that would culminate into reversing the citizen’s poor attitudes sanitation in this country. As we enjoin the citizenry to do the right thing, it also behooves on us to create the enabling environment to facilitate their compliance with environmental sanitation by-laws of the MMDAs,” the sector minister stated. 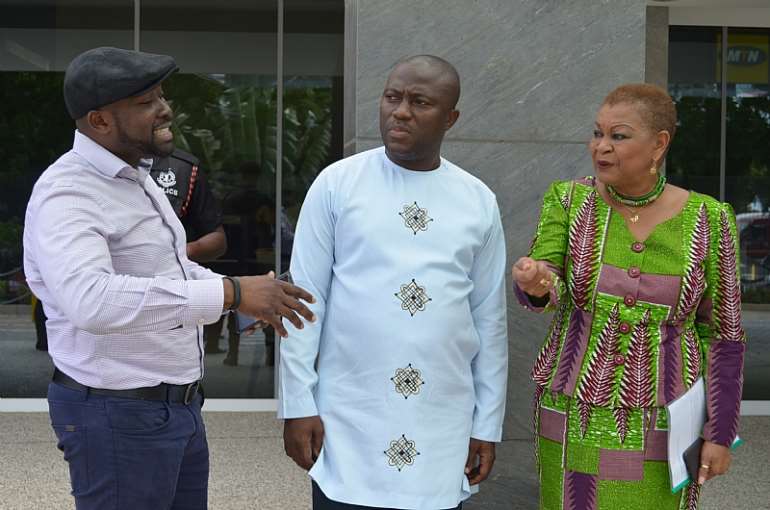 Hon. Michael Gyato posited that although so much resources have been committed by successive Governments and development partners to address the poor sanitation, the situation is not getting better.

He intimated that we must consider law enforcement as a key component of environmental sanitation service delivery in order to achieve the desire impact.

The sector minister called on OneGhana Movement and it partners to ensure regular emptying of the bin in a sustainable manner to help achieve the objective of keeping the environment clean.

The Chairperson of OneGhana Movement, Dr. Joyce Aryee said the Adopt-A-Bin Campaign is the implementation of its Action series which is to help solve the lack of public waste bins along our streets, as well as the irresponsible behaviour of citizens both of which have contributed to the growing sanitation challenges faced in the city.

She indicated that the OneGhana Movement in conjunction with The Ministry of Sanitation and Water Resources and the Accra Metropolitan Assembly has introduced the public bins which seek to support the national campaign to promote good sanitary practices in the country, and especially in public spaces. Not only will the bins serve the sanitary needs of the general public, but also support the effort of the government in championing the campaign of proper waste management in the country. 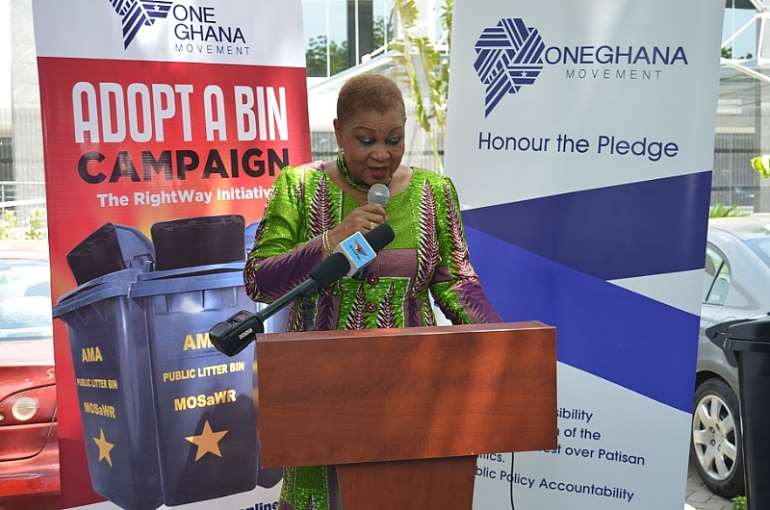 “This campaign will contribute to eliminating filth in the country; and we call on every responsible and well-meaning Ghanaian to be a part of the programme to support the national project of keeping Ghana clean. It is our responsibility; it is our service to mother Ghana,” the Chairperson stated.

Dr. Joyce Aryee appealed to Ghanaians to make the Adopt-A-Bin Campaign a success by disposing of trash properly in the bins provided, avoid stealing or defacing the bins, avoid dumping household trash in public bins, most importantly, by generously donating bins to the campaign to enable the aim of providing every space in the city with public bins a reality.