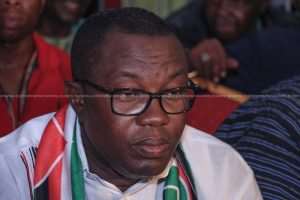 The Criminal Investigation Department (CID) of the Ghana Police Service has invited the National Chairman of the opposition National Democratic Congress(NDC) over the leaked recording of him in which he appears to be inciting violence.

The invitation according to the CID, is for Mr. Ampofo to assist the police with its investigations because his comments in the tape have some ‘security implications’.

In the audio, Mr. Ofosu Ampofo is heard admitting among other things that NDC had ballot box protection unit in the Ayawaso West Wuogon constituency during the by-election.

But, in a statement issued by the CID and signed by the Deputy-General, ACP G. Tweneboah said the embattled NDC national Chairman is to report at the CID on Thursday morning.

“The Criminal Investigation Department of the Ghana Police Service has intercepted an audio message circulating in both traditional and social media on Wednesday 27th February 2019, in which you are alleged to have made some comments that have some security implications.”

“You are therefore requested to report to the undersigned at the CID Headquarters on Thursday 28th February 2019 at the 10:000 am to assist in the investigation, the statement added. 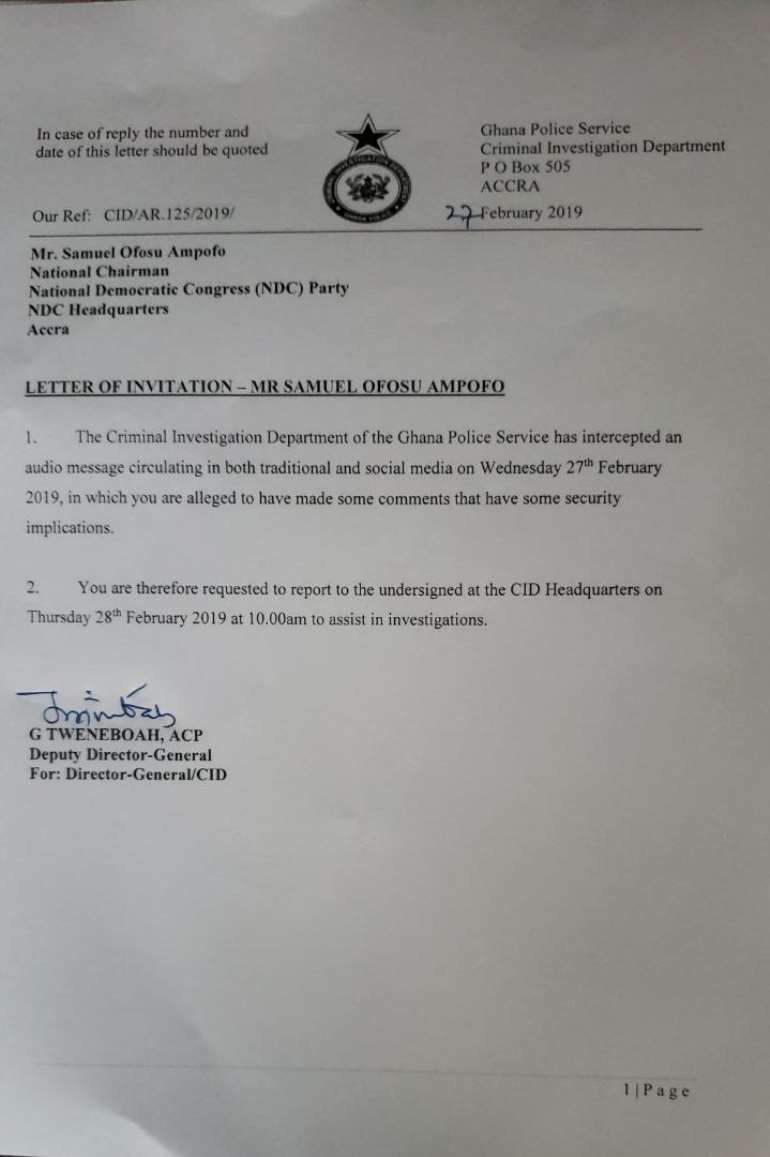