Two Nigerian registered vessels, MT MAMMY MARY and MT MATRIX 1 have been impounded by the Ghana Navy in collaboration with the National Petroleum Authority (NPA) on Ghana’s territorial waters on Friday 13th April around 4:20PM.

Eleven crew members including the captain who were onboard MT MAMMY MARY containing 320 metric tonnes of crude oil have been arrested in connection with the oil smuggling at sea.

The MT MATRIX 1 was seen bunkering MT MAMMY MARY which was carrying the crude oil suspected to be stolen from elsewhere.

This incidence comes barely a week ago where five persons suspected to be part of a cartel dealing in illegal smuggling of petroleum products were arrested at Kpone Landing Beach near Tema.

He indicated that meanwhile before such activity takes place certain protocols needed to be followed but in the case of the two vessels, these protocols have not been followed which prompted their arrest.

“One ship has just been brought in and the other is on its way here. The details on MT MAMMY MARY ship proved that it is registered in Nigeria but from the initial checks and documents there have been some changes in the name. It was supposed to be the one transferring the crude oil onto the other vessel. All the crews are Nigerian including the captain,” the Naval Chief Staff Officer stated.

He added that the arrest was a collaborative effort between the Ghana Navy, Maritime Authority and the Bureau of National Investigation (BNI).

According him, the two vessels will be detained until all the relevant state agencies conclude their investigations.

He noted that Ghana Maritime Authority with the assistance of the Ghana Police is expected to conduct such an investigation and make available the findings for action to be taken.

“We are re-strategizing and therefore we are sending a message out there to the criminals that the officials will get them and put before the law court. We will trace their footsteps to their heinous activities and ensure that they are brought before the law court,” he intimated.

The Chief Executive Officer of the National Petroleum Authority (NPA) Hassan Tampuli said this is a clearest indication of their resolve to block the criminals from perpetrating their illegal activities on the sea.

“But if they have learnt how to fly without perching, we have also learnt how to shoot without missing. We will pursue them everywhere they go or enter either by air, land or sea,” he posited.

Mr Tampuli added that the preliminary investigations have been conducted and certain information have popped up however, the various security agencies will conduct detailed investigations into the matter and present their findings.

“Quiet clearly, those two vessels are not registered in Ghana, the supposed agents are not licensed, the product type does not meet our domestic specs. We will therefore have to trigger detail investigations to come out with the true picture for the appropriate sanctions to be given,” he emphasized. 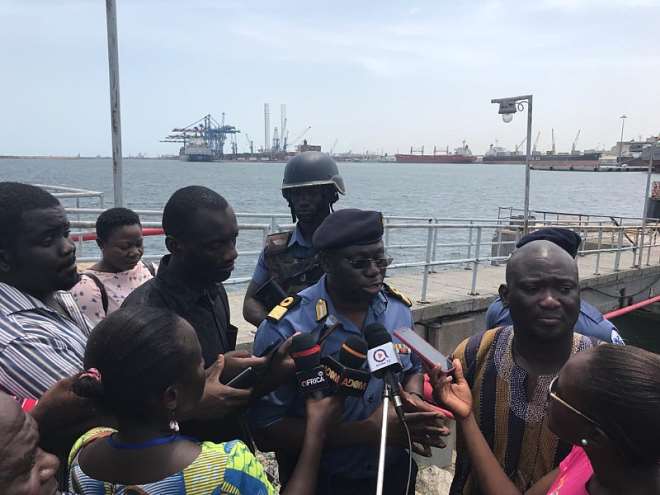